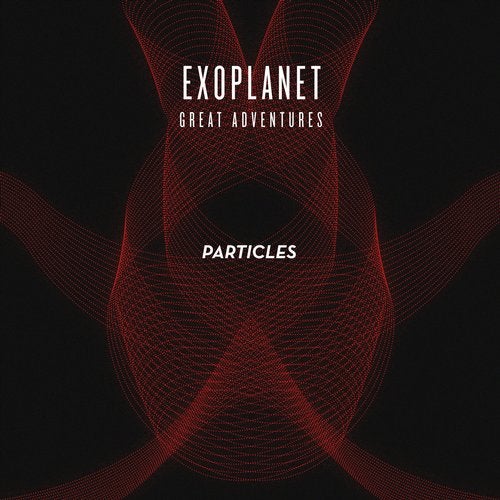 There are few artists who are quite so synonymous with the trio of Proton labels, as Oscar van der Knaap. Under his Exoplanet production guise, well over a century of combined production credits have been attributed to Proton Music, Apollo and Particles, with the latter accounting for over 85 in its own right and furthering the journey here with the exciting, "Great Adventures" EP.

A production dynamo, Exoplanet's innovative approach to his craft is centred upon the experience of synaesthesia. A neurological phenomenon in which one sensory perception leads to unconscious experiences in a secondary cognitive pathway - often sound experienced as colour - Exoplanet's own, individual encounter with synaesthesia allows him to "view sounds as geometrical objects with a tactile texture". A common aid to the creative process, the phenomenon thus enables him to approach the construct of sound in conjunction with parallel interests in philosophy, science and literature.

Such a cultured and erudite approach has produced a bountiful supply of truly original work which leading to such innovative EPs as "Synthetic Evolution", "Mindstream" and "Silver Flower" for Particles, while the debut "Nothing Divides Us Here" album went on to become 2011's best-selling release on Proton Music. Supported by a veritable galaxy of superstar DJs from Barry Jamieson and Chloe Harris, to Eelke Kleijn and Lank, a recent foray into techno with his "Frosty Realms" EP on Apollo, further demonstrated a repertoire of skills beyond the scope of mere mortals.

A musical vignette, inspired themes inherent in its title demonstrate "Great Adventures" as a work of boundless scope. Each of the three tracks provides a tantalising a ten-minute expedition across a landscape littered with aural texture, conjuring up images of inter-stellar travel and the philosophies and phenomena so dear to Exoplanet's heart. Echoes of a bygone era, of electronic music with soul and presence, are unmistakeable as artists such as Banco di Gaia, The Shamen and Future Sound of London resonate throughout.

Both, "Flux of Nature" and "You're a Star" pay tribute the halcyon days where Roland's TB-303 reigned supreme, supplemented, in the case of the former, by richly textured soundscapes, choir-filled pads and glassy sounding melodies, and by an intricate vocal with pitched and glitched formants, in the latter. Precision beats and crystalline lead lines pierce the frequency spectrum in pitch-perfect poise and grace as "Intrepid Traveller" sums up the thematic concepts of the EP. Thus the sounds of Goa and Psy music have evolved seamlessly into present-day 21st century with Exoplanet's passion for IDM still providing a core tenet in symbiotic relationship between modern characteristics of groove, rhythm and melodic progression.

As Exoplanet's portfolio of skills shows no sign of diminishment, his ethereal "Great Adventures" are a welcome escape from the travails of earth bound mundanities.