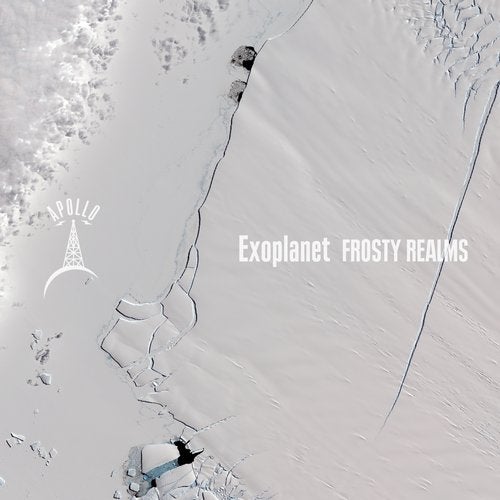 Under his Exoplanet production pseudonym, Dutch maestro Oscar Van der Knapp has been a man marvel at the vanguard of underground and experimental electronic music, advancing its frontiers at rapid pace. It is against this backdrop, that Apollo is the latest vehicle to demonstrate his innumerable talents in the shape of the "Frosty Realms" EP. A passion for music that rarely dims, "sound is a synaesthetic experience" for Exoplanet, viewing it "as geometrical objects with a tactile texture." A unique approach to his trade, Exoplanet has proved extraordinarily adept at combining interests in philosophy, science and literature into a complex, distinctive sound, also manifesting itself in the Top 10 rated "Metaspace" show on Proton Radio, recently celebrating its 5th birthday.

First arriving to Particles in 2009, Oscar soon found a home within the Proton family that has since flourished. Some 85 Beatport production credits on the Particles imprint have been associated with the Exoplanet name, demonstrating a multifaceted approach in both production and remix work. The various strands of this production philosophy ultimately came together in the full-length, "Nothing Divides Us Here" album for Proton Music, blending diverse themes with effortless ease and significant scope and vision. Going on to become 2011's best-selling release for the label, Exoplanet's work has been supported by some of the finest DJ's including Eelke Kleijn, Lank and Cid Inc.

A remix of Artette's "I Am" in 2010 marked Exoplanet's debut for Apollo, now followed now by a first, full solo offering in the shape of the outstanding, "Frosty Realms" EP. A thematically based triptych is opened by the deep bass groove of, "Unrelenting Cobblestone". A white noise static provides the backdrop for a bouncing bass line to wend its crunchy filtered path across a work filled with cavernous reverbs juxtaposed against delicately placed percussive interplay full of poise and uncomplicated presence. A haunting vocal sample accompanying the breakdown is a final component in a masterpiece of understatement.

"Trolls of the Tundra" opens with trademark sound effects and subtle stereo panning before a crunching, pounding kick drum announces its presence. Layers of sound gradually evolve, meticulously developing with consummate ease as a tape delayed percussive line provides an immaculately swung groove against breathy vocal "aahhs". As the track reaches its zenith, a series of delayed stabs adds further depth and complexity to a deeply impressive work.

In the depth of winter, Exoplanet's "Frosty Realms" offers a warm embrace of enveloping soundscapes and white-hot innovation.