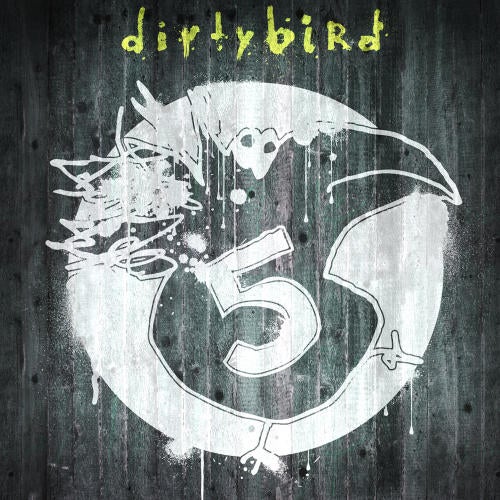 dirtybird has always been synonymous with sweaty bass-lines, quirky ideas, and bumpin funk. It is only fitting that a label based on a philosophy of bringing smiles to the dance-floor was created by a party. In 2003, Christian Martin took a risk and bought a giant sound system on his credit card. The party was named after a drawing of a bird that Barclay Crenshaw (aka Claude VonStroke,) used to draw when he was a kid. The line-up was rounded out with Christians brother Justin Martin and his room-mate Worthy. All four DJs were tired of the same old San Francisco vocal house that they heard everywhere they went. The grand idea was to change the landscape of San Francisco house music by throwing an epic free party in the park based on this new sound. The result was only seven people showing up to this first epic event. But even back then with the seven girlfriends and room-mates who came to that first party you could sense something special starting a new era of die-hard dedicated DIY producers all with new productions based on heavy bass-lines, smiling faces and fun. There was nothing to lose and everything to gain. Soon after, Barclay decided that a label would come next. Barclay was from the suburbs of Detroit and he had already seen the likes of Juan Atkins and Ritchie Hawtin rise up from nothing and create their own musical landscapes, so this was a logical progression. Barclay had saved enough money to start pressing records by shooting and editing corporate research videos. In 2004, his girlfriend (now wife) Aundy heard about the plan for the label and decided to give her man the greatest gift of all time. She said, Ill give you one year to make this record label work. Ill pay the rent, food and bills. If you make $XX amount of dollars you can do it forever. If you dont, you have to go back to work for corporate America the rest of your life. Hows that for a killer ultimatum? So, in January 2005 the label was born with DB001 the Southern Draw by Justin Martin and Sammy D, a super freaky record that landed dirtybird a vinyl distribution deal in Germany. A few months later, DB003 was released. A track called Deep Throat, Barclays debut record that blazed through over 11,000 vinyls, 20 odd licenses and easily surpassed what seemed to be an impossible financial goal for a 1st year record label. It also introduced the world to the name Claude VonStroke. Since 2005, the little party in Golden Gate park has grown up. The original crew is all the same with the newest addition of Jessica (J. Phlip) Phillipe. Now the crew is flying around the world, releasing records, and still throwing the best parties in San Francisco - but with a few more than seven people in attendance. We hope you enjoy this 3 cd package to celebrate our 5 year anniversary put together with much love from San Francisco.