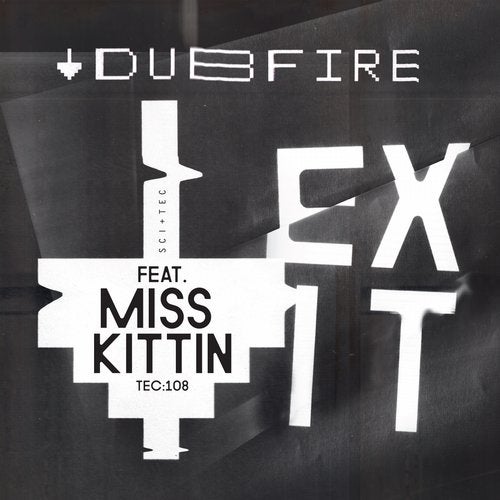 It’s been a busy 2014 so far for label head Dubfire. Whilst nothing unusual for the Persian-born producer, with the revival of Deep Dish (alongside Sharam), the release of their new single 'Quincy', the continuation of the SCI+TEC radio show, the release of his much vaunted remix of 'Come' featuring Asia Argento and his relentless global touring schedule, it would be a surprise to find even a slither of studio time for original Dubfire productions…    But find he did and today he unveils EXIT, his new single and collaboration with the first lady of techno, Miss Kittin. The pair have wanted to work together for years now and after a few idea exchanges they managed to sink their teeth into something magical. The strong low-end Dubfire groove is evident once again on EXIT as the pair playfully chop and reverse Kittin's vocals, pushing and withdrawing the bass to allow her sultry vocals to shine. On the flip we're treated to the electrifying wall of sound that is MIDIAN with its all-enveloping bass, pierced by energizing and synapse-searing shocks.