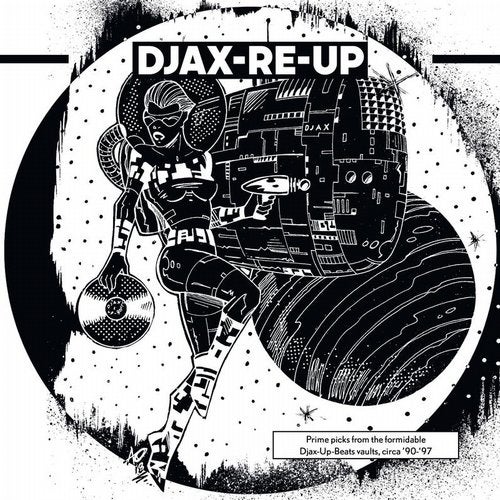 Dekmantel are proud to announce the re-issue of some of the most era-defining trans-Atlantic, techno cuts from the early nineties, thanks to cult label Djax-Up-Beats. The Dutch label was responsible for releasing some of undergrounds most foundational dance music, mixing together Chicago and European artists alike, and acting as the launch pad for some of todays biggest producers. This timeless music is being reissued on vinyl for the very first time, making this a great opportunity to add to your crate a collection of highly-coveted, raw, analog, acid burners that stand up to the highest calibre rave music of today.

The history of international techno is inseparable from Djax-Up-Beats. Founded in Eindhoven at the turn of the 90s, Djax-Up-Beats quickly earned an international reputation for being a key source of Chicago house, acid techno, and floor-filling, heavy-hitting, straight up underground 12s. After forging a strong relationship with artists in Chicago and Detroit, label founder Miss Djax quickly found her (actual) mail box full of demo tapes from up-and-coming producers from across the Atlantic. Straight away Djax-Up-Beats became a home for both Dutch and American artists alike creating heavy, experimental machine techno.