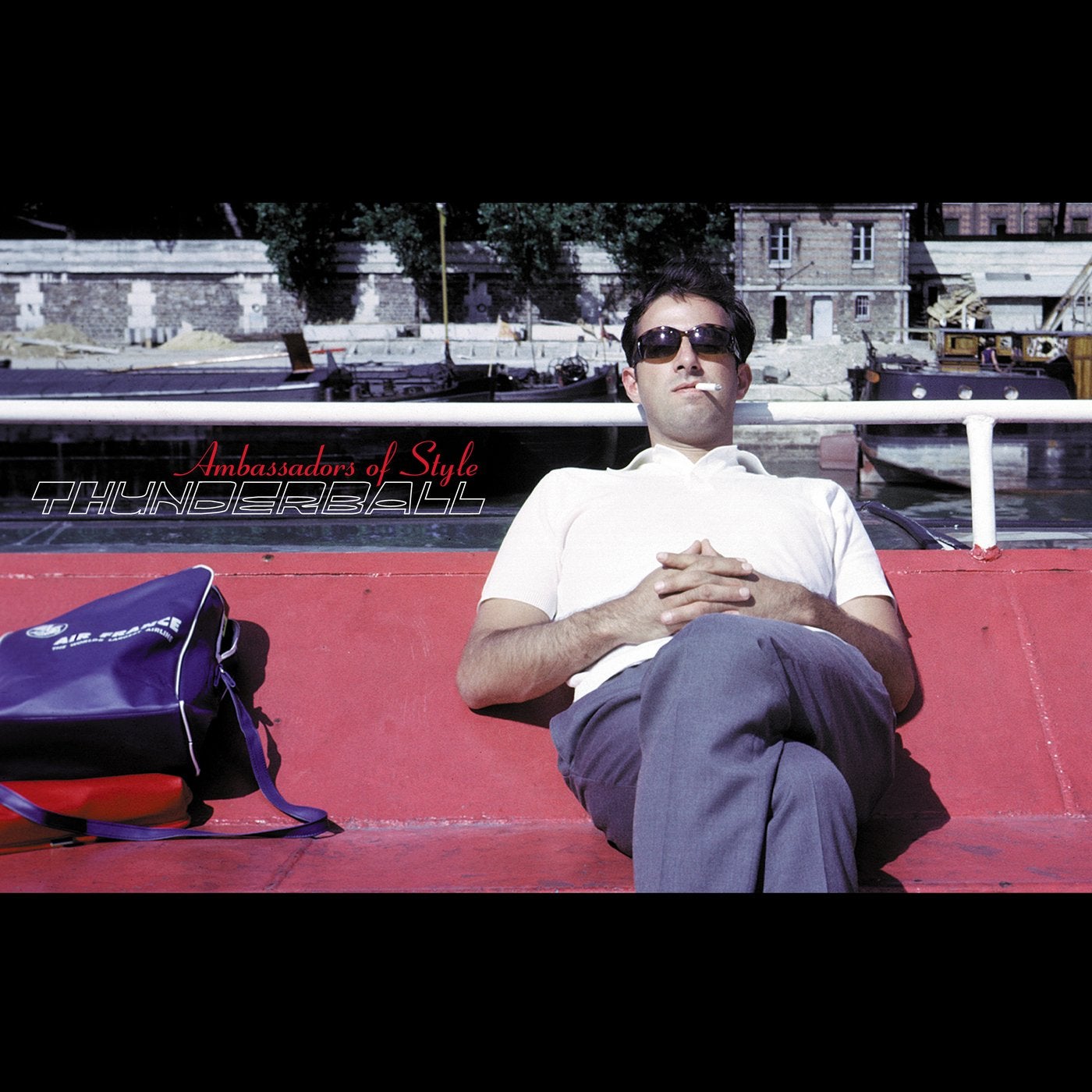 After nearly two decades, Thunderball is coming home to Fort Knox Recordings! Originallly released on Thievery Corporations ESL Music imprint in 2000, Thunderballs debut Ambassadors of Style is a lethal cocktail of drum-n-bass, trip-hop, and downtempo that was years ahead of its time and sounds more relevant today than ever.

Born and bred in the city where secret agents once lingered in smokey lounges, Thunderball took their cues from 70s spy thrillers & Italian movie scores to composed a soundtrack for life in the underbelly of the nation's capital. Working in a hidden studio known only as Fort Knox, founding members Steve Raskin and Sid Barcelona produced an album as dramatic as any spy escapade with each sonic adventure capturing the exhilarating force that can only beThunderball.

Having forged their sound in the heady days of the 1990's spinning and listening to the likes of Kruder & Dorfmiester, Hospital Records, Air and DJ Shadow, Thunderball distinguised themselves by adding a healthy dose of drum'n'bass to their brand of downtempo dub as heard on songs like Hijack, Prime Minister and Pop The Trunk. One of the most popular tracks is the rudeboy, ragga, jungle-anthem Selector, featuring Washington, DC's own Hutchy on vocals. There are also two sun-drenched drum'n'bass tracks highlighted by the lush vocal stylings of Miss Johnna M, both This Girl and Sirocco take the listener back to the vocal-heavy, jazzy jungle era.

ESL Music made its name in the 90s by defining a new genre of downtempo music, and as the first band signed to the label, Thunderball played a key role in developing this sound. Playing Ambassadors of Style will transport listeners to the dancefloor of the Eighteenth Street Lounge where ESL Music was born. The album's title track is a classic piece of Trip-hop along the lines of Portishead or Massive Attack and The Moon, The Sky takes users on a wild ride into a broken beat, dubbed-out trip-hop world. Chronic Dose, Late Nite Trick and Sid's Mellow Trip are smooth, refined slices of downtempo, perfect for late-night chill out sessions.

In 2003 Thunderball spawned the Fort Knox Five. Now all these years later Fort Knox Recordings is proud to welcome Thunderball home by reissuing this classic album, an album which helped define the Washington, DC music scene. A time capsule from a generation ago, Ambassadors of Style is the perfect reintroduction to the world of Thunderball, with many more sonic landscapes and textures yet to be explored.