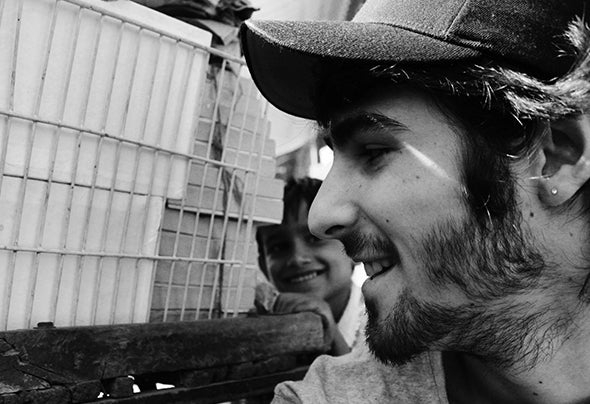 Steven Lorenz is a founding member of Intransikbeats. Producing and performing Techno and Dubstep.He is on the front lines, djing and displaying his and the work of Intransikbeats on a regular basis. He hosts a monthly event at T he Shelter in Shanghai, China called Bassment and also had a resident spot at Sub-Culture where he had the opportunity to play with international artists that still inspires him in his production and performances. Artists he supported includes Kode9, Pinch, Shackelton, Desto, Tes Larok.His production, which varied over the years, has found an aggressive, low frequency tone in both his Techno and Dubstep. He releases on Dark and Sonorous Records, Concepto Hypnotico Records, Gamma Audio Iron Shirt Records and many more.Collaborating with other artists within and outside of Intransikbeats is a big part of his work. He finished a Dubstep album with his brother Vince Lorenz called "Frost", and works with a couple of artists including Digital Monk, Minimal Entropy, Fakir, Ronan Teague, Bruno Ledesma continuously creating some sound.He continues supporting the alternative, experimental genres and working toward spreading the culture and creativity//Genre of Music: Techno / Dubstep //Genre of Music:Techno / Dubstep