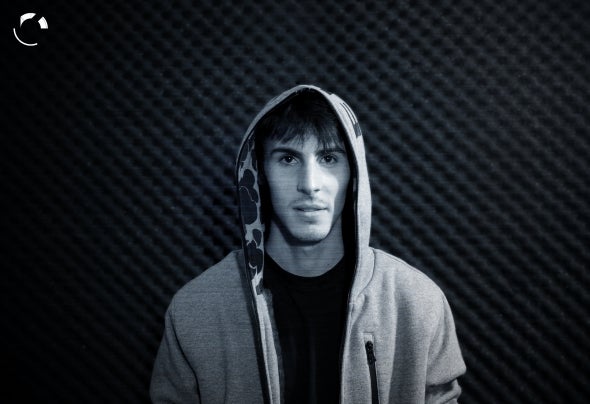 Born in the late 80′s, Vince Lorenz always had an ear for music. He began his creative journey playing piano and drums. His passion for electronic music appears as he loses interest in basic acoustic, mainstream oriented sounds. Primarily in search for melodious soundscapes and uplifting tunes, his taste for pure low frequencies and clean beats evolves towards a more specific genre of dance music. As the number of listeners increased, his brother and other artists encourage him to pursue harder in the evolution of his style and production techniques.Participating in remix contests, he will win and be asked to join DARK & SONOROUS RECORDS. Later on 2011, he will exclusively release on the notorious FREITAG LIMITED and starts spreading his serious techno tracks with his IntransikBeats colleagues. Often collaborating with various artists spread all over the globe, he is always on the lookout for fresh sounds and keeps organizing quality projects hopefully to come out on pioneer and major labels.Nowadays, mainly producing Techno and Deep Dub, he has developed a unique way of mixing raw, industrial yet clean and soulful elements with hefty beats and epic breakdowns inviting his audience to join him in his abyssal atmosphere. 2013, Big room and peak time bombs are delivered and enjoyed by the public, as most of his releases will hit the top techno charts.On top of the production, this young artist will also host a series of Podcasts featuring close collaborators and inspiring guest Dj/Producers under his Global Dark Source & IntransikBeats Podcast Concept basically promoting Underground techno and minimal music. This movement inspires his brother to launch “BASSMENT” events at his residency club ‘The Shelter’(Shanghai) reflecting and supporting the battle for the survival of proper electronic music in the Chinese Nightlife Scene.