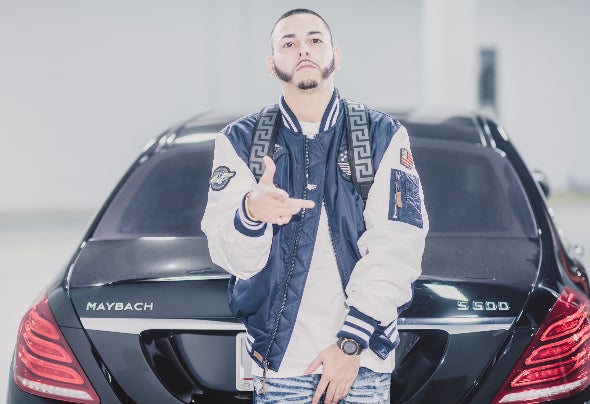 Like many of his peers, Miami-native, Nick London began working on his craft at a very young age: spitting lines, shaping his bars, and winning battles in public parks and school hallways, and releasing his rst mixtape before he even got out of high school. But unlike many of his peers, London has already taken his music to the world stage, from touring in Brazil to playing major shows around the United States such as Rolling Loud Festival with the likes of artists such as Academy Award winner Juicy J, Grammy Award winner Cyhi the Prynce, Big K.R.I.T, Joey Bada$$, Chevy Woods, Gunplay, Bone Thugs -N- Harmony, Twista, and Smoke DZA among others. He's worked on records with Brazilian superstar Ivete Sangalo Paranormal Attack, Earstrip & Torha, WAO, Diego Miranda, Dübelu, Grammy Award winning producer Infamous, Frayser Boy, Lil Wyte, and many more. From hip-hop to electronic music, Nick London has transcended into an artist without boundaries and his ability to intermix different aspects of different style of music, along with his riveting performances on high-profile features, have made him a widely sought vocalist amongst many genres.