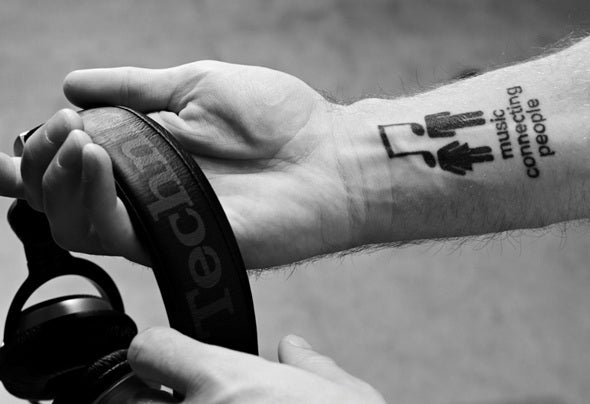 Dean Griffiths arrived in the dance music scene in 2009 when he was booked for his first club set at The Fridge in Brixton, London (now called Electric Brixton). He took that opportunity with both hands and was instantly hooked and left very hungry to play again as soon as possible. This hunger has never disappeared since and his love of mixing and creating music, especially in front of a crowd keeps growing stronger and has become such a passion that it has allowed him to play at some of the best parties in and around London and also at some of the most talked about venues outside of the UK.2012 was quite a year for Dean, securing regular sets and residencies at venues such as Ministry Of Sound, Brixton Academy, Electric Brixton, The Lightbox and also playing at The Ocean Beach Club in Ibiza!And appearing on the same line up and supporting artists such as Chuckie, Mark Knight, Eddie Halliwell, Pete Tong, Alex M.O.R.P.H., Judge Jules , Markuz Schulz, Paul Thomas, Oliver Lang, Micheal Woods, Above And Beyond, Ferry Corsten and Carl Cox. He is also the man behind the forever growing progressive house promotion 'Hidden Agenda' which is found rocking dance floors across London and has even played host to the Baby Box room at the Ministry Of Sound.2013 went just as well with many bookings including supporting sets for Sander Van Doorn and Chicane. The highlight of the year was in June where he had the privilege of opening up the main room for Cream @Amnesia in Ibiza! Other DJs on the night sharing the same stage were Eddie Halliwell, Aly & Fila and Ben Gold. He is taking this all in his stride as he proceeds to move forward with his DJ career and is driven to keep playing at such well established events and already has a number of bookings lined up in Ibiza for the summer of 2014.His production is now a main focus as well as his DJing. With his driving and uplifting progressive house sound, mixed with his energy and passion for music, you can expect a lot of big things and new productions coming your way!