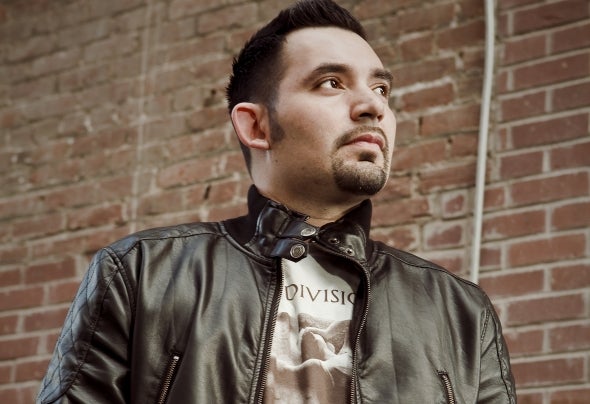 Andrew Lozano /Musician/Producer/DJA.D.D meets Electronic music is the best way to explain Andrew Lozano. Born in San Jose, CA., Andrew started his musical training at a young age. In grade school he sang in choir, played piano, and organize school musical. During the early 90’s, Andrew picked up the bass guitar and started performing with several alternative rock bands in San Jose, CA. During this time Andrew learned the craft of sound engineering while working as a high tech and pro audio specialist at Guitar Center. “Computer software and live PA was a new outlet for me. I was addicted to writing and recording with my PC and then taking my creativity to the stage with Uneaq. At that time I was not djing. I was always the musician in crowed listening to DJs like DJ Dan, Daft Punk, Mark Farina and Derrick Carter. I have always been intrigued by electronic dance music scene and wanted to be apart of culture that it brings. Coming from a live performance background, I wanted to perform house music Djs were spinning. I must have spent endless hours in my bedroom at my folk’s house producing house tracks with Uneaq from scratch. In the past we would record on a 8-track recorder and now I was copying pasting, looping and sampling on the fly on a Mac. This kind of workflow subsequently brought forth the idea of using the computer as a forth band member to perform live drums on stage. There is nothing better then performing your own tunes and letting that TR808/909 thump the speakers as your dropping some funky ass bass on top of it.” As foreseen, the self-proclaimed “perfectionist” joined three other musicians in 1999 to create “Uneaq” a live house Music band from the Bay Area. With the success of Uneaq, Andrew also taped into djing in mid 2009 and started performing live as a solo artist. Today, Andrew runs his own music studio “Freqy Music Studio” as well as co managing a music label called “Clique Trax” with budding artist Joshua Marquez from Uneaq. Andrew also has established another label called “Freqy Music Group” which launched in January of 2011. You can hear Andrew every Sunday at 6PM PST on Chicagohousefm.com on the A-Uneaq show. Andrew’s contributions can be heard on labels such as Om Records, Clique Trax, Nightshift, Jump Recordings, Kinjo, Maracuja and many others. Thanks to his many talents, Andrew manages to bring a beautiful sound and innovative style to dance floors across the globe! Credits: http://www.discogs.com/artist/Andrew+Lozano http://www.facebook.com/people/Andrew- Lozano/832390461 http://www.uneaq.com http://www.cliquetrax.com http://www.omrecords.com