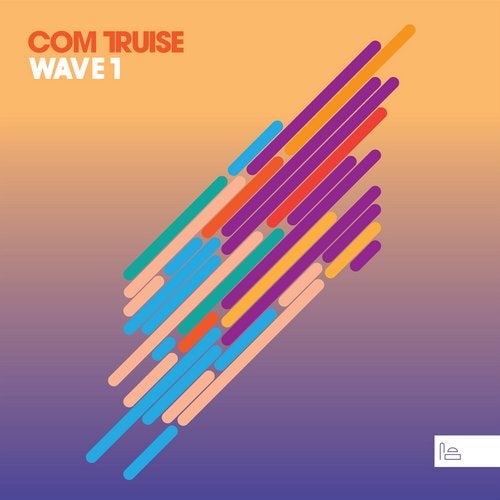 Wave 1 is the first new transmission the world has received from producer Seth Haley since his gloriously futuristic debut album Galactic Melt. That album cataloged the genesis and evolution of Haley's alter ego Com Truise the worlds first synthetic/robotic astronaut, as Haley described him and this EP continues the character's journey into the outer reaches of the musical multiverse. In the process, it also builds on Haley's signature production style, one that's rooted in classic sci-fi sounds and analogue textures but nevertheless manages to sound utterly contemporary. The EP takes its name from the newly discovered galaxy to which the intrepid astronaut's voyages take him, and there certainly seems to be a narrative structure to its sequencing. Opening track "Wasat" sets the scene, providing a brief, atmospheric prelude that quickly settles into an uptempo, hypercolor groove. "Mind" is an exercise in dramatic tension, its beats constantly threatening to explode into a full-fledged four-to-the-floor stomp, but never quite doing so. "Declination," which features guest vocals from Joel Ford (Airbird, Ejecta, Ford & Lopatin), glides into your headphones like a starship slipping down out of hyperspace it's the EP's most melodic moment, and perhaps the most straightforwardly melodic tune in the Com Truise oeuvre to date. "Subsonic" is full of dramatic grandeur, marking the moment at which the EP's initial rush of energy subsides into the sort of dramatic, slow-building textures that should really be soundtracking the birth of new stars. The track evolves through several movements, and is full of evocative electronic textures (along with one hell of a squelchy bass sound). "Valis Called (Control)" maintains the reflective mood, while "Meserere Mei" is all fractured beats and jagged textures. The title track brings the record to a close with an air of serenity, the melody line drifting away into the distance on washes of sci-fi synth sounds. Haley described Galactic Melt as a sort of film scorefrom the mind, and Wave 1 works the same way, evoking the latest stage in the intergalactic journey of Com Truise and leaving you wondering what corner of the cosmos he'll visit next.