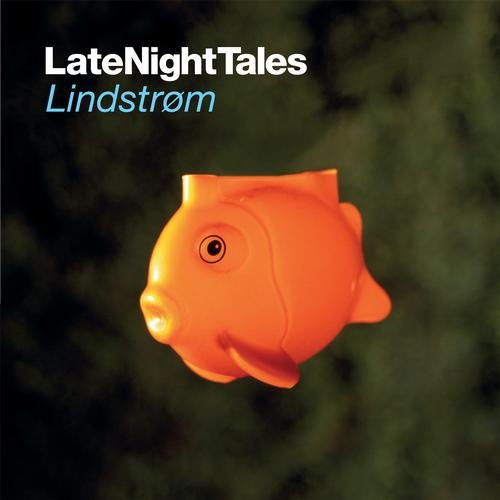 Theyve been putting something funny in the water over Oslo way. Over the past few years, there has been an explosion of energy and, more importantly, music coming out of Norway, a country more used to producing cattle-worrying death metal groups rather than slinky Balearic mavens. Theres a good reason for this astonishing burst of creativity according to Prins Thomas, fellow Viking, DJ and collaborator: its so dull there, theres nothing better to do than spend all day in the studio. Hurray, we say, for boring old Norway! Born on the west coast of Norway and raised by elks and small furry woodland creatures on a strict diet of country and western, Hanspeter Lindstrom is a multi-instrumentalist who played in a variety of dodgy rock bands during the 1990s, before being turned on to electronic music after buying himself a sampler. Prior to his present self-named project he has recorded under a variety of guises, including excellent house recordings as Slow Supreme (Green Tea is veritable a melancholy classic) as well as leftfield electronic musings as Six Cups of Rebel. Theres also the small matter of Lindstroms live performances full of kinetic energy and chutzpah which are about as much fun as you could possibly expect from one big fella hammering a laptop like its an Arctic husky whos late for his tea. Late Night Tales, however, is a chance for Lindstrom to put down the Mac, take off his dancing shoes and get positively freaky. And this he does, youll have to admit, with some aplomb. Theres the acappella-only Born To Synthesise from Todd Rundgrens Initiation album, while on the same channel of lateral music comes George Dukes synth-wobbling North Beach, while Dominique Leones evocative Conversations takes us yet further into the heart of Zen melancholia. Despite these horizontal leanings we are also not bereft of some serious chugging. A chug, for those of you unsure, is somewhere south of a truck and north of a boogie and we can thoroughly recommend it as a certain cure for chilblains, gout and Sunday blues. Try Fern Kinneys slow electro-disco Baby Let Me Kiss You or Gina Xs Teutonic dancefloor dalliance, Kaddish, or even Farahs Mogadisco Law Of Life for size. As always, because this is a Late Night Tales rule and because we like to spoil you, Lindstrom has done an exclusive cover version, the sublime Let It Happen, a Balearic classic in its Vangelis original form and perfectly modernised by lanky chap with the ten-day growth.