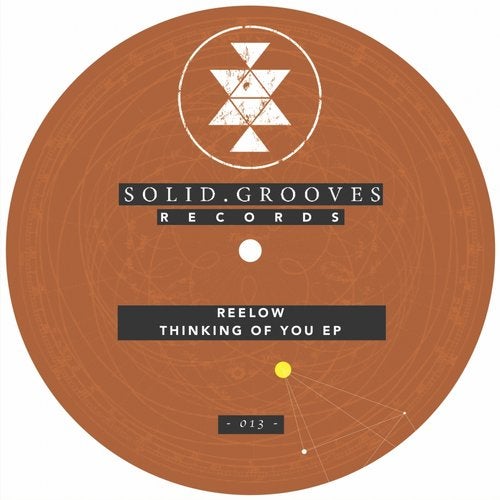 Since its launch at the tail end of 2015 Solid Grooves Records has risen from strength to strength. Spanning names such as Wade, Kuo Climax, Dennis Cruz, Andrew Beat and David Pher, not to mention label founders PAWSA and Michael Bibi, the imprint’s discography is in high demand - a fact further enforced by achieving a Beatport no.1 within six months of its birth. When not gigging all across Europe throughout last year the Hungarian-born, Barcelona-based DJ- producer was dropping a string of rhythmic releases on labels such as Deeperfect Records, Snatch!, Cuartero’s Sanity and Roush. One of the key names associated with Solid Grooves, Reelow first appeared on the imprint in a collaborative release alongside Onno a year ago and has been a staple in their Ibiza season line-ups. Demonstrating Reelow’s signature trippy aesthetic from the off, ‘Thinking Of You’ amalgamates a rumbling bassline with a cacophony of percussive elements. It’s moody, mesmerizing and certain to send shockwaves through dancefloors. Punchy drums and murky vocal samples then form ‘ Youngsters’ - a roaring house cut complete with strings, stabs and a cavernous drop.

Thinking Of You EP