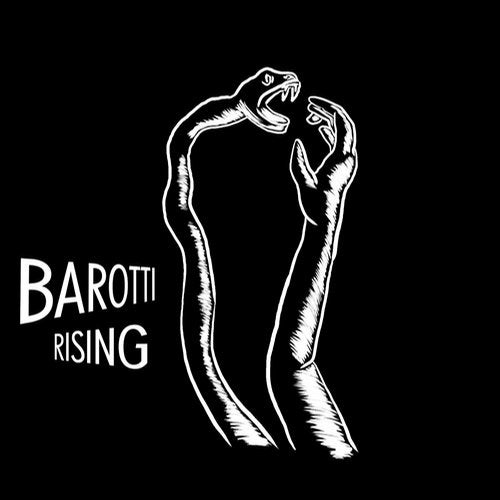 Barotti is a musician and contemporary multimedia artist based in Berlin. After years of working on urban sound installations, performing arts and experimental music, he is now releasing his debut album. A soundtrack for fantastic futuristic fairytales. Epic and symphonic - with a deep electronic base. Armed with iconic analog gear of the 1970s and 1980s, a hand-picked group of high level classical string and horn players and the whole imaginary world of his absurd fantasies, Barotti is opening up a new dimension in the vast field between contemporary classical and electronic music. Rising stands firmly with one foot in the same mud as Woodkid and Sohn, and the other foot dipping into the past 200 years of classical music, resting in a lukewarm cocktail of Funkstörung and James Blake. The album was recorded in Casablanca and Berlin. Co-written and co-produced with Swedish composer Anders Ehlin and German producer Valentin Sommer. In 2012 Barotti travelled to Morocco with a group of dancers, musicians, visual artists, gathering in an antique house facing the sea of Casablanca. The whole foundation of Rising revolves around the epic sessions in that mystical Arabic house which were later shaped into complete studio productions in Berlin. With Barottis background in jazz improvisation and the world of the performing arts, it was clear that this album would be a multifaceted collaborative production. Just as in a jazz improvisation the different energies and skills of Barotti and his two friends have created something special. This is a new universe of sonic landscapes, created using only old pianos, rare synthesizers and analog effects. The visuals for the cover artwork were drawn by Sandra Tebbe during the Moroccan recording sessions, using the ancient ceramic tiles on the walls of the house in Casablanca as her canvases.