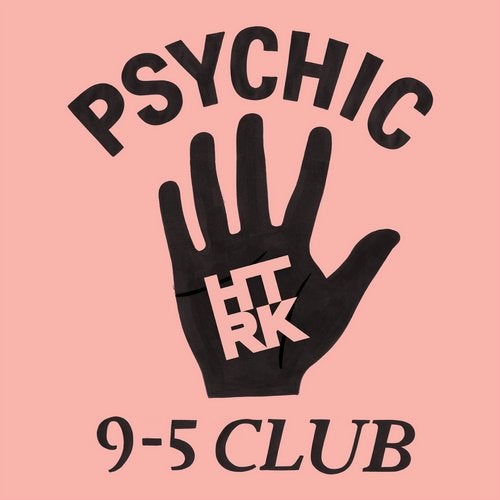 Psychic 9-5 Club marks the beginning of a new chapter for HTRK. It's an album that looks back on a time of sadness and struggle, and within that struggle they find hope and humour and love. It's Jonnine Standish and Nigel Yang's first album recorded entirely as a duoformer band member Sean Stewart died halfway through the recording of their last LP, 2011's Work (Work, work). Though the record is instantly recognisable as HTRKStandish's vocal delivery remains central to the band's sound, while the productions are typically lean and dubbythey've found ample room for exploration within this framework. Gone are the reverb-soaked guitar explorations of 2009's Marry Me Tonight and the fuzzy growls that ran through Work (Work Work). They've been replaced with something tender, velvety and polished. This is HTRK, but the flesh has been stripped from their sound, throwing the focus on naked arrangements and minimalist sound design. The album was recorded at Blazer Sound Studios in New Mexico with Excepter's Nathan Corbin, who had previously directed the video clip for Work (Work Work) cut "Bendin." Inviting a third party into their world was no easy decision, but in Corbin they found a kindred spirit. The LP was then refined and reworked in Australia at the turn of 2013, before the finishing touches were applied in New York during the summer. Psychic 9-5 Club was then mastered by Rashad Becker at Dubplates and Mastering in Berlin. Of all the themes that run through Psychic 9-5 Club, love is the most central. The word is laced throughout the album in lyrics and titleslove as a distraction, loving yourself, loving others. Standish's lyrics explore the complexities of sexuality and the body's reaction to personal loss, though there's room for wry humoura constant through much of the best experimental Australian music of the past few decades. Standish explores her vocal range fullyher husky spoken-word drawl remains, but we also hear her laugh and sing. Equally, Yang's exploratory production techniquesparticularly his well-documented love of dubare given room to shine. They dip headlong into some of the things that make humans ticklove, loss and desirewith the kind of integrity that has marked the band out from day one. Psychic 9-5 Club is truly an album for the body and for the soul.