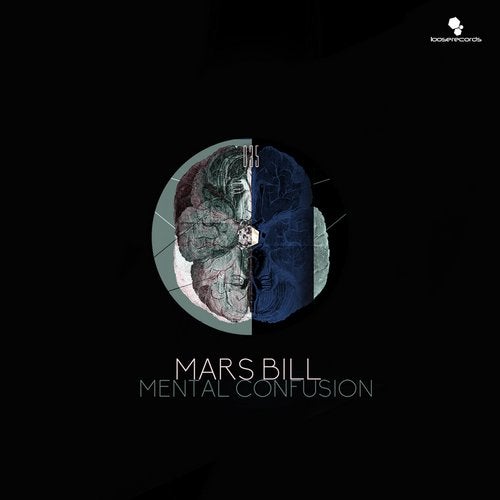 Loose Records is proud to produce Mars Bills newest EP Mental Confusion. Attributing his influence to predominantly 90s hip hop culture and modern, experimental electronic artists, Mars Bill takes a spin at techno thats fresh and unique. Under the Loose Records umbrella, Mars Bill has been taking over the scene by storm, providing tracks that work as standalones and bases for remixes and mash ups.The first track, Mental Confusion, is a large, theatrical piece. Starting with a loud drum track, the piece soon brings in synthesizers. The overall tempo stays the same although the piece expands, consistently evolving, becoming almost outer-worldly. As a standalone track, it commands the attention of anyone listening and would be a great anthem for clubs and festivals. It might appeal to game designers as well. The second track, Day After Day, shows Mars Bills influence of 90s hip hop from the get-go. Playing with snares in particular, the beat is quick, the melody joining it falling in time with the rhythm a rapper might use. This track is circular, building as it returns to its original refrains, progressing as it adds more complicated elements. This would also benefit as a great standalone track although it will also appeal to DJs looking to sample and remix the track.