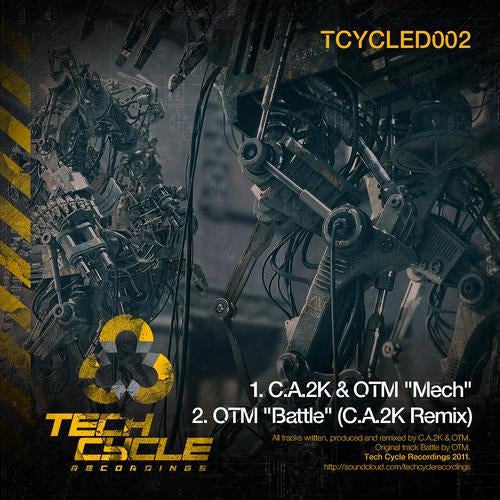 Straight out of Russia comes the energetic stepper, Evgeniy Belov aka C.A.2K. At the young age of 23, C.A.2K was noticed by Russian DJ Gvozd and shortly after C.A.2K's tunes were being played on the radio, This was a big stepping stone for C.A.2K as it motivated him even more to consistantley be found in his lab cooking up some "tekky-distorted bassline" beats. C.A.2K's tekky twisted dnb, landed him a dj gig at the legendary "Therapy Sessions" night that was held in Russia. Since then he has been traveling across Russia playing several different sized events spreading his infectious sound all across Russia. He has been on 9 cd compilations and has forthcoming releases with one of his favorite producers and influences, Mumblz, from the U.S.A. and Cooh is also a huge influence and mentor for C.A.2k and both have been providing much dj support all across the globe. From America to Russia and all areas in between, "Keep a Ear Out" and "Stay Tuned" for his forthcoming cd projects and vinyl releases on Freak rec.!

OTM is producing drum and bass and dubstep from hard to liquid, also into minimal techno and house long years with his friend C.A.2K. His works was released on Freak, Mindsaw, Mindocrasy, Bass Punch, Dubsaw, Dubbullet, Rottun, Stoke Audio. He is a part of the dubstep formation duttydubz crew.