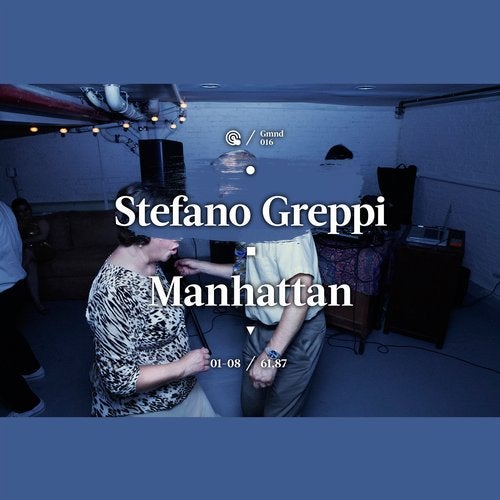 We are really thrilled to welcome italian music scientist Stefano Greppi on Goldmin Music with 8 tracks that sound like nothing we've heard before.Born in 1971, Stefano has an amazing musical background.. He has played at some of the greatest clubs in the world, released more than 30 records through the years and his unique kind of techno has always been unanimous, being played by Ricardo Villalobos, Raresh, Donato Dozzy and Danny Tenaglia among others. Although his very own motivation seems to be deeper than just making a name and touring..He needs to keep on surprising himself and got to explore new horizons year after year.As he says: "Everything that comes out of my studio is different from everything previously done. We can know ourselves but frequently we are surprised by small things we do that we cannot control because they aren't rational."Stefano is not affraid of digging deep into himself. He brought this whole life research to the next level with "Manhattan".A mindblowing new-wave-techno mini lp that shows many different and fascinating identities that this man's made of.Eponymous track "Manhattan" says it all, a quite urban, oppressive yet very emotional tune.. it's made of the same material than cities and humans .. a bit of love and a lot of crazyness. Do not expect down-to-earth techno that sounds just like 1000 other records, expect what a lucid dreamer can do: cinematic, abstract techno at it's very best.We had the chance to meet him few months ago at his hometown Talamello near Bologna in Italy where he lives and makes his music. He buit his studio at the 3rd floor of a building where his father stocks and sells wood furnitures. A very peaceful place in the country-side where he built his little piece of heaven, a very authentic studio where he has his music gears and thousands of records. That's where they met with Romain (EinKa) for that collaboration track "San Leo Sunset".