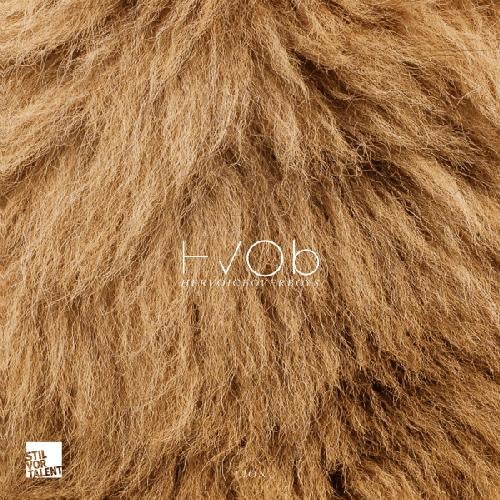 The Year of the Lion
New EP by internationally acclaimed Viennese electronic duo HVOB: "Lion" to be released on December 6.
"Dogs" was HVOB's debut EP launched at the end of 2012, and exactly one year later the electronic duo from Vienna are back with a vengeance: "Lion" is released on December 6. The new EP from HVOB contains two brand new tracks, with remixes by Stimming and Wolfram.

"Lion" remains true to the unmistakeable sound of HVOB, created by the young Viennese duo Anna Müller and Paul Wallner; like "Jack", "Always Like This" and "Dogs" before them, they are both melodic and intelligent, catchy and sophisticated.

The new tracks also come across as more precise and purposeful than their predecessors: "Lion" is a captivating blend of Anna Müller's almost stoically understated vocals and the pulsating beat of the bass.

The new EP is also a reflection of HVOB's first full year: the successful release of the debut album in March, top of the US Billboard Charts' "Next Big Sound" category, sell-out concerts and festivals throughout Europe from Germany's Fusion Festival and appearances in England, The Netherlands and France to the Paris and Berlin Fashion Weeks.

From Stimming's remix you would think that he and HVOB were kindred spirits; his rich and intelligent sound transforms "Lion" into something of an HVOB anthem. Part of the New York music scene, Austrian Wolfram, who has collaborated with Hercules and Love Affair and Haddaway, contrasts HVOB with his typically intoxicating disco sound.--