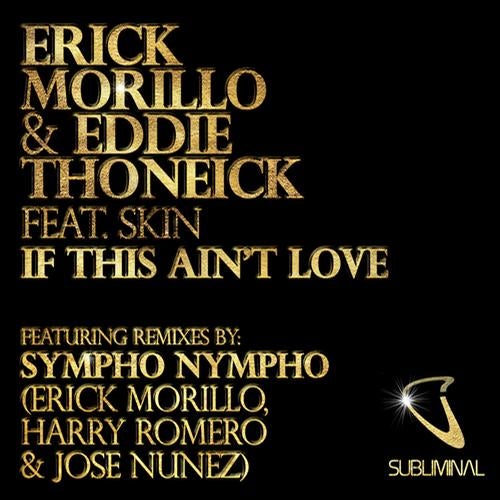 The combination of Erick Morillo & Eddie Thoneick has been a formidable duo in recent years. From the global club smash Live Your Life of 2010 to Stronger in 2011, this pair have been over the radio airwaves, music video channels and dance floors all over the globe. In this current outing they team up with legendary UK singer Skin, of the Britrock group Skunk Anansie, who themselves have sold over 4 million albums worldwide. 'If This Ain't Love' opens with a classy guitar riff, just before Skin's ethereal vocal flows over the track, which continues to build into an anthemic crescendo. Rock meets dance in a heady mix of electronic euphoria. The Sympho Nympho mix puts a more prominent dance edge on the track with Erick, Harry Romero & Jose Nunez bringing the energy to rock the biggest rooms, stadiums and festivals on the planet. A huge record for 2012.

If This Aint Love