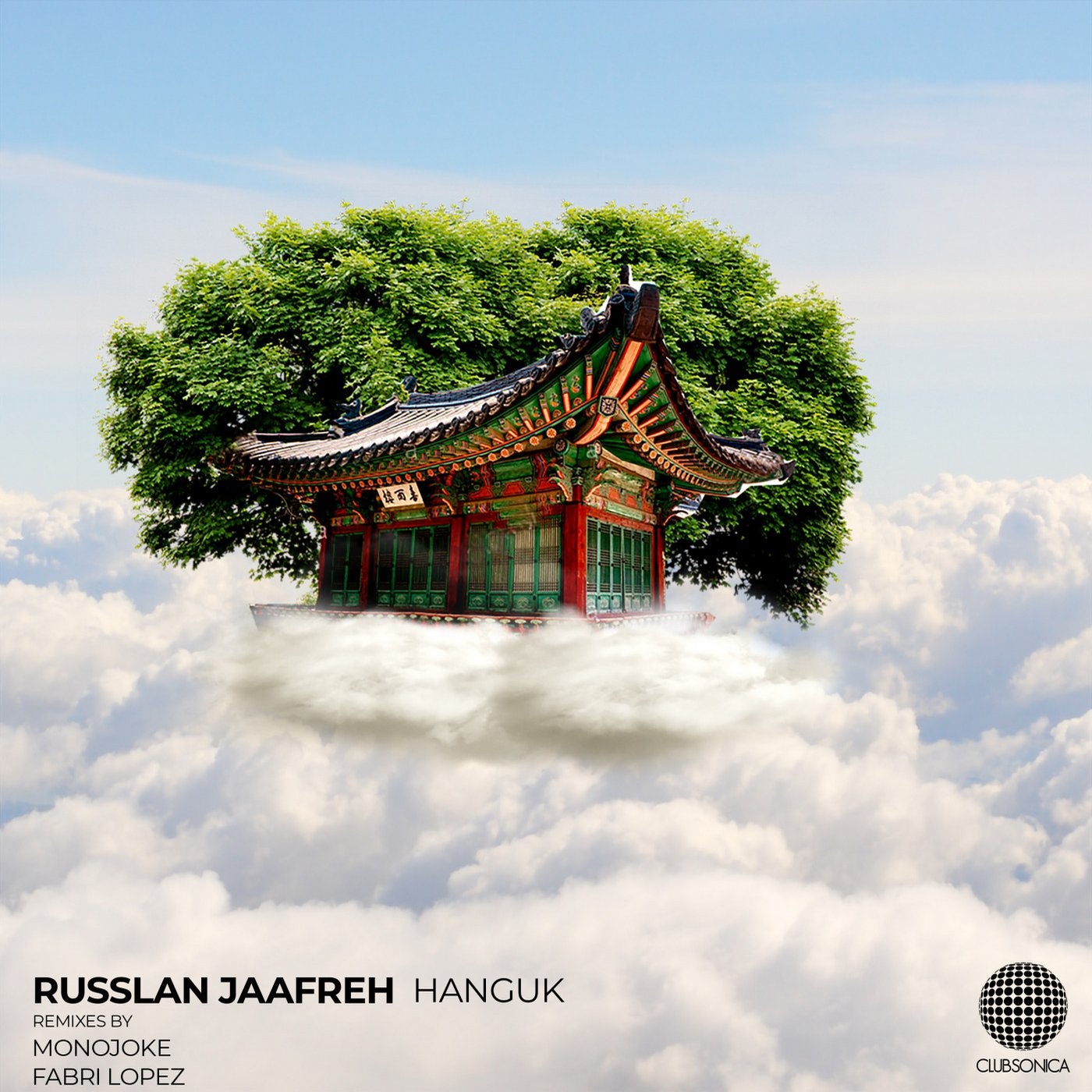 The latest release from Clubsonica Records welcomes Russlan Jaafreh to the label for his debut single 'Hanguk'. Hailing from Jordan, the Amman resident first arrived on the progressive music scene in 2013. Appearances on Lonya's Asymmetric Recordings, Michael A's Genesis Music and Bonzai Progressive highlight his discography. Now following a well received EP for Dynamica, Russlan makes his Clubsonica debut alongside remixes from Monojoke and Fabri Lopez.

Known for his expansive style, Russlan's creations often approach ten minutes in length and 'Hanguk' is no different. On a bed of tight, punchy beats and acidic hooks comes metallic percussion and waves of sweeping noise. Moderately tense, the first act is one based around rhythm, groove and electric lines. Undeniably euphoric, its epic storyboarding is fuelled by stellar effects and a tonal theme which highlights the main break. Sitting in comfortable contrast to the acid line, it's a memorable centrepiece and one which perfectly foreshadows an exhilarating finale.

The first interpretation of 'Hanguk' is provided by Monojoke who is returning to the label. The Polish artist lays claim to releases on John OO Fleming's JOOF Recordings, Movement Recordings and Sound Avenue, while also gaining considerable acclaim for his collaborative project Fluente (with fellow countryman Tuxedo). Together they have showcased their work on Hernan Cattaneo's Sudbeat Music, Nick Warren's The Soundgarden and Hot Since 82's Knee Deep In Sound. Now following a solo EP for Antrim's Or Two Strangers, Monojoke returns to Clubsonica with a superb take on 'Hanguk'. The Polish artist's effervescent design has become unmistakable as he remakes the main themes in his own cosmic collage of rugged grooves and wispy effects. Deeper in ethos yet no less impactful its strummy hooks and cascading themes lead nicely into an expansive break. Spanning over two minutes in length, it's an interlude which stretches sonic boundaries through cinematic storyboarding and exquisite detail, before effortlessly segueing into a thrilling final act.

The release concludes with Fabri Lopez who also makes his label debut and provides the second and final interpretation of 'Hanguk'. Hailing from Villa Mercedes, the Argentinean artist has been hyped as one of his country's top up and coming progressive house producers. Recent releases on 3rd Avenue and Specific Music, coupled with support from Hernan Cattaneo has made for a great year thus far. Now stepping up for one of the most anticipated remixes of his career, Fabri debuts on Clubsonica with a stunning rendition of 'Hanguk'. The main theme from the original translate in a less distinct and more rhythmic way, while a perfectly contoured groove continues to drive momentum forward. Symphonic overlays add an epic flair leading into the main break, furthering expanding the emotional narrative. Otherworldly in nature, its blissful state of mind melts down into a tension filled band of crispy electronics, percolating with each successive loop, before a timely drop reveals the pulsating groove for a magical dance floor moment. A stunning interpretation from Fabri which caps off another must have release from Clubsonica Records, who continue to be one of the progressive scene's most reliable imprints.