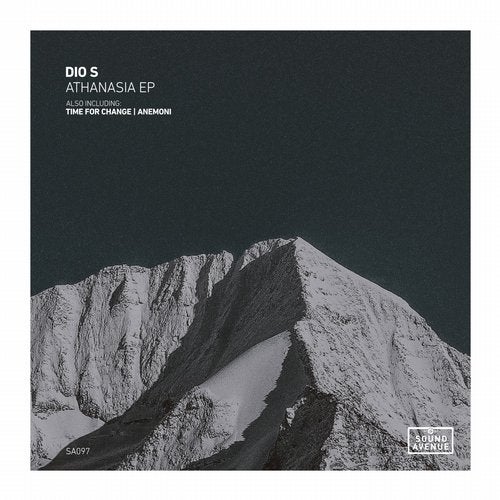 Madloch's Sound Avenue returns welcoming Dio S to the label for his debut EP. With releases on Lee Burridge's Get Weird and Sol Selectas, the Greek artist has been a beloved figure throughout the electronic underground for over a decade. With a broad sonic palette his productions have found favour with a cross section of Djs including Sasha, John Digweed, Nick Warren, Kidnap Kid and Groove Armada.  Now following an EP for Proton's Particles, Dio makes his much anticipated Sound Avenue debut with 'Anathasia'.

For an artist who was once grounded in progressive house Dio has now found a place in the deeper realms of electronic music. It's been a remarkable progression and one which continues on the lead cut 'Athanasia'. Backed by a framework of tight beats, organic drums and charged rhythms comes mystical atmospheres and radiant themes. Strummy motifs coupled with serene flutes makes for a soulful and evolving storyboard. It's a production which comes from the heart, one to cherish for special occasions and no doubt a highly memorable selection for your dance floor. A one of a kind gem from Dio S.

The release concludes in fine fashion with the mid tempo burner 'Anemoni'. Beginning with meandering atmospheres, the energy comes down a touch while layers of drums build in an amazing organic space. Gentle swells and fragmented instrumentation trail across the framework, before a strong rhythmic complement locks down a friendly dance floor swing. A series of timely breaks keeps the narrative fresh, eventually leading to a final interlude of tonal creativities and impassioned wails. Groovy and emotive in equal measure it rounds out what is an impassioned collection of music from Dio S.