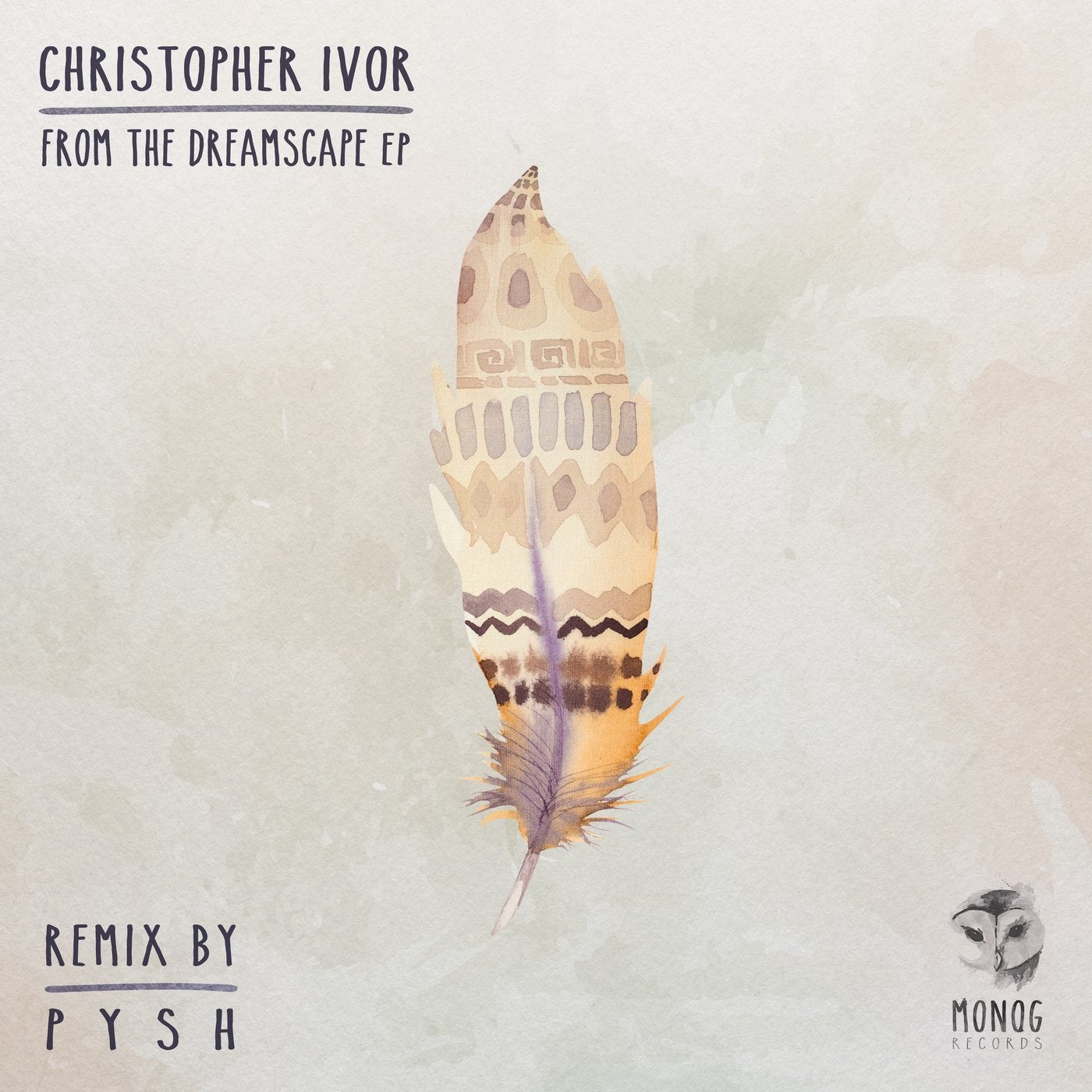 Christopher Ivor debuts on Monog Records with the superb From The Dreamscape EP. Music is something Christopher has grown up with, as a toddler he was already making his own radio mixtapes but quickly discovered his father's record collection. He was instantly hooked and soon started spending his precious pocket money on vinyl. This led him naturally to getting his first turntables. Although enjoying spinning other people's music Christopher soon found out that he was more interested in making his own tracks. Eventually he set up an underground studio together with his brother and a friend. It was there where he found out his natural ability to write music and play live with his hardware and started performing on stage. Since then he has always continued composing, remixing and performing. His style has become very broad and eclectic. This has evolved today into a deep progressive techno sound with a lot of percussion, melody and core elements of House music. Great to have him here.

From The Dreamscape is a solid, grooving slice that will delight the floors with its pumping vibe. Right from the off we're met with a tight kick and warm bass combo alongside shuffling hats and rising pads. A plucky, tribalistic synth riff come through as cool voices fade in. The groove deepens to reveal a rich and vibrant display that captures the imagination. A wonderful track that is not to be missed.

Ode To A Change opens with plucky notes against a sharp hi hat sequence. Layered percussions build, creating a rhythmic vibe. Nice and chunky kick drums soon join in along with swirling pads and some very cool ghostly voices that give off a classic progressive vibe. A robust and fluid groove with a beautifully contoured plucked bassline. A definite must have for the floors.

DJ and producer Pysh returns to Monog, with a fantastic remix of From The Dreamscape. Hi last effort for us was back in 2018 when he gave us his excellent, Reborn EP. Pysh is a unique artist with his own style of music, and sense of humour. He started to produce in 2009, and after a few months he released his first EP. His consistency and achievements resulted in rapid development and club performances. In 2014 he got a vinyl release on Einmusika and in the same year he opened the main stage at the Audioriver music festival. He has worked with many artists and DJ's over the years, making a solid reputation among his peers and fans alike. Here, Pysh delivers a much deeper, more moody interpretation of the original, heading deep into the depths with a smooth and groovy mover. A driving groove with sparky, bright percussions and a cosmic underbelly. Swarming synths sweep across the track, filling in the spectrum and providing a solid cut that will definitely get the crowd moving.

From The Dreamscape EP