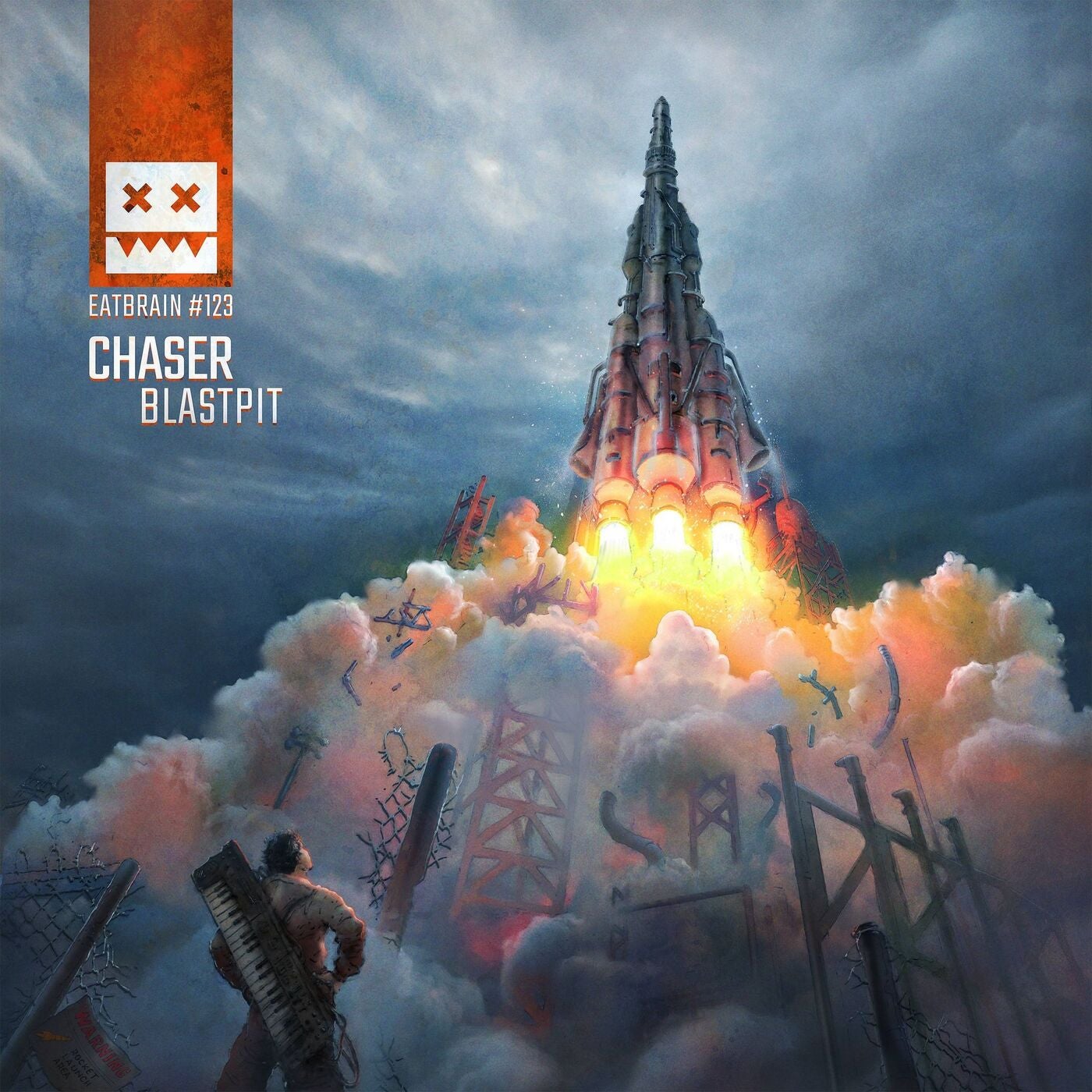 Pre-Order
Hundreds of drones scrambled beneath a swirling sky as they raced to finish the construction of their monolithic aluminum kin, a masterstroke of technological progress that aimed its apex directly at the eye of the storm above. For years the coming of this cataclysmic event had been known, and from that day the building of the metallic superstructure had begun, but the storm had come a day early and now threatened all of the progress that had been made. In a few short hours, the incalculable ferocity of the gale was set to be supercharged by a coinciding solar flare that would send the forces that churned within it into overdrive, creating a storm that could swallow the world.

Standing below in defiance to this outcome was the drones' creation, a mass array of rocketry set to bear forth the greatest payload ever delivered from their world. Atop the ship's stacks of thrusters was a massive satellite, dangerous in its own right for its ability to create conditions much like those that loomed above. Yet beyond the reaches of the planet's atmosphere, this satellite would be the world's single attempt to prevent their own destruction, a cosmic parry with only an hour-long window of effect. By emitting a vast amount of oppositely charged particles in the face of the oncoming flare, the satellite would rebuff the energy that threatened to amplify the already destructive storm to apocalyptic proportions. As the surface of the sun roiled with fusion wrought energy, the rocket shot up into the sky, and all on the planet bated their breath in the uncertainty of what would come next.

Following his appearance on EATBRAIN's Divergence III compilation CHASER now makes his full debut on the label with BLASTPIT, an EP well-named upon the strength of the sonic power that is contained within. The five tracks of the EP feature explosive basslines combined with piercing percussion and an array of samples & synths that all share CHASER's high-tech sound and promise to supercharge the fervor of the EATBRAIN horde.