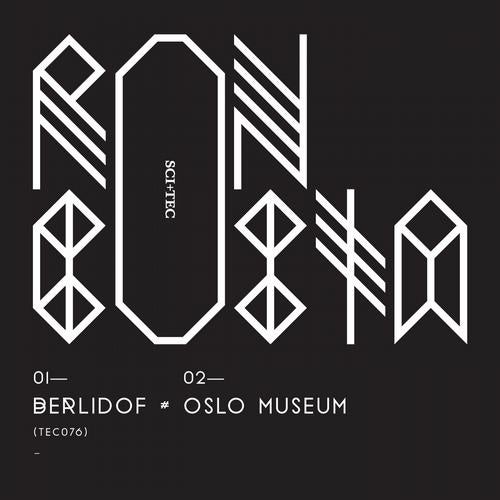 Ron Costa has found a fitting home for his techno focused productions in SCI+TEC, and his forthcoming ‘Berlidof / Oslo Museum’ EP is proof that the cogs of this particular musical union of minds are well oiled. As always, Ron Costa’s obsession with the groove shines through, and while these are two very different tracks, it is perhaps their distinctive nod to the club crowd that had label boss Dubfire drawn to the talented French artist’s work. On ‘Berlidof’, Costa lets the skillfully carved, bouyant bassline carry the groove, while a dark and twisted vocal draws listeners towards the break. ‘Oslo Museum’ focuses on low end distortion to drive the track, while ominous hisses and purposeful percussive lines take the production from stark minimalism to full on dance floor surrender. After supporting and playing Costa’s work for a number of years, Dubfire is clearly well seasoned in the impressive subtleties of the rising producer’s music and he’s certainly selected an accomplished two-tracker to mark the artist’s inauguration to SCI+TEC.