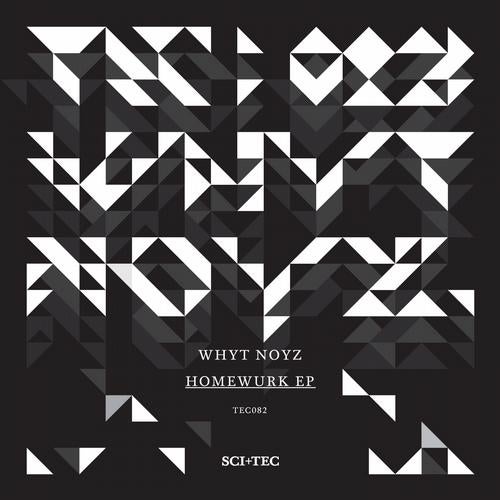 SCI+TEC welcome David Sidley and Duncan Murray aka. WHYT NOYZ to the family. Formed in 2010 the duo have quickly impressed with their driving techno productions that match live drums and innovative vocal samples. Having caught the ear of Richie Hawtin with their early demos,WHYT NOYZ were soon featuring on his Minus12 imprint and their track 'Volcano' was included on Hawtin's 'New Horizons' compilation. An invitation from Dubfire to produce an EP for SCI+TEC saw the boys hard at work at the tail end of 2012. The result is the rampant double-header of 'Homewurk' and 'Jack Tha Box'. Throughly tried and tested by the label boss, both tracks are now certified SCI+TEC hits and ready for release. With their own blog now live (noyzaudio.com), an upcoming ep release with Octopus Recordings and the impending launch of their own label, NOYZ, 2013 is set to be a groundbreaking year for the duo and its all starts right here.