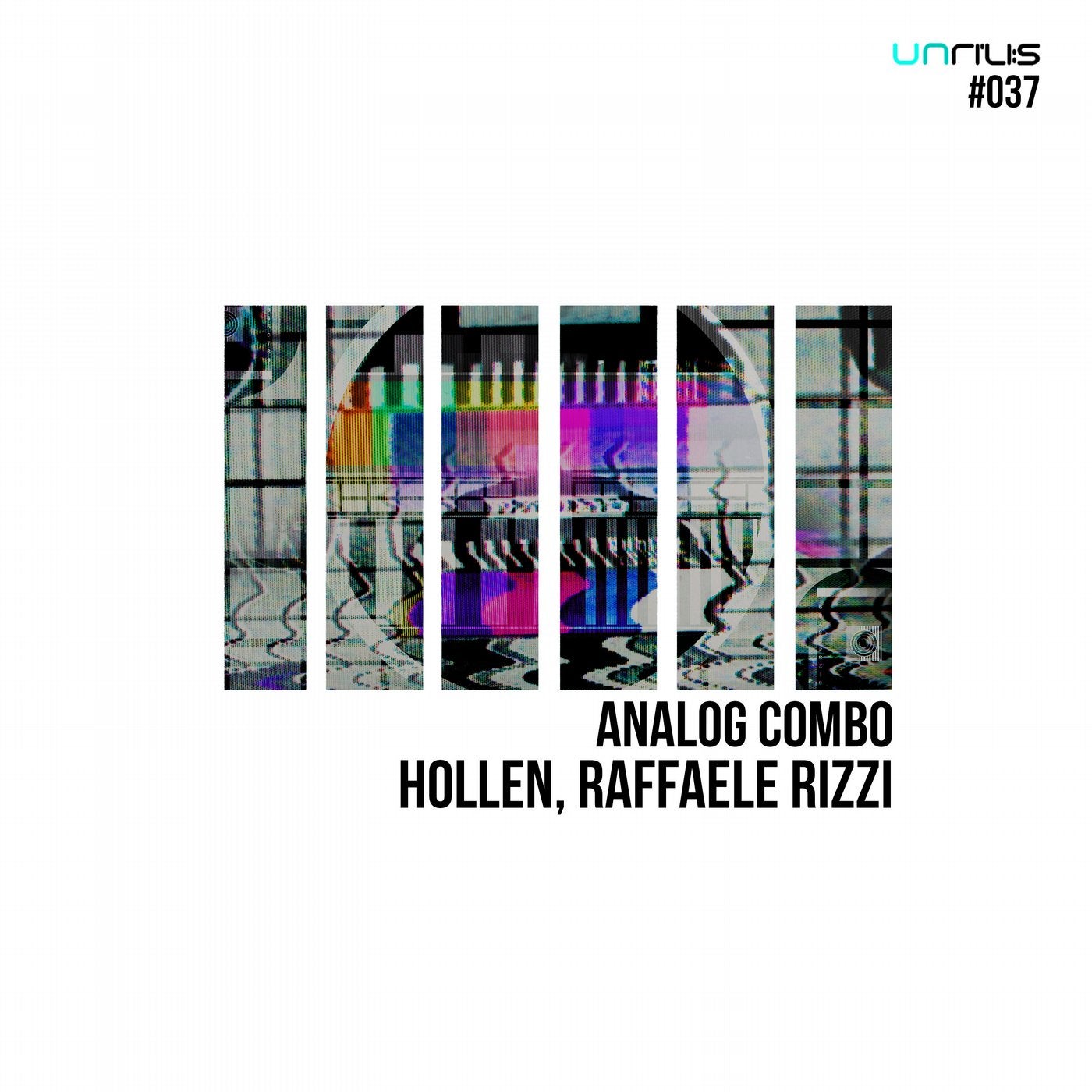 Featuring on this release with three collaborative tracks are Hollen and Raffaele Rizzi who are both established solo artists in their own right, but have previously joined forces for releases on Agile Recordings and ElRow Music.

Italian artist Hollen has flown all over the world to play top clubs and events following his seminal releases that have featured on influential labels including Bitten, Terminal M, 100%% Pure, Glasgow Underground and Suara. With an open minded approach to music, Hollen incorporates elements of both house and techno into his captivating sound.

Raffaele Rizzi is a fellow Italian and young talent who has already built up a back catalogue that has featured tracks and remixes on Octopus Records, Tronic, ELEVATE, Intacto and 1605. Popular with artists such as Adam Beyer, Alan Fitzpatrick and Richie Hawtin, this release showcases this exciting artist's ability to merge his sound with others of an equal calibre.

First track on the EP is Analog Combo which starts using a pulsating bassline packed with an explosive energy. With a solid kick drum and mechanical percussion things develop with building intensity, where the lead synth creeps into view with its menacing tones and uplifting vibe. Epic and unrelenting, this is the perfect way to open a Techno release.

Second is Figli Del Vesuvio and its dark tension. With the help of moody atmospherics, it slowly unfolds to reveal a sensual female vocal. With grinding bass frequencies rich in texture and tension, this track is dancefloor focused and hot to the touch. Distinctly individual with an instantly recognisable vocal, there is no doubt this will become something of a Techno anthem.

Finishing with Basic Duo the track opens with an arpeggio bassline and a strong off beat hi-hat which is soon joined by the subtle euphoria of the lead synth. Straight to the point with its upfront groove, there is no stopping the overwhelming force of the fast and furious rhythms. Showing how less can often be more, there is simplicity in this epic Techno monster that is simply so effective.