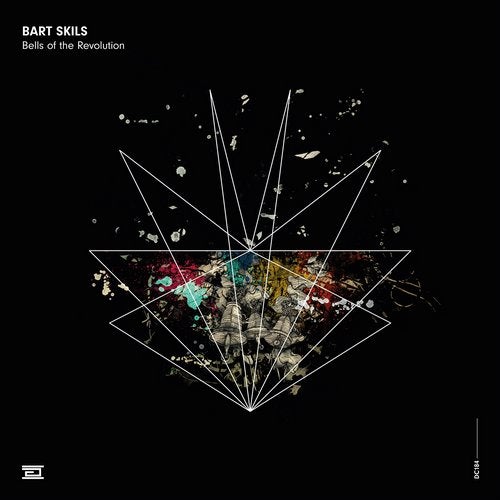 Since his debut on Drumcode in 2012, Bart Skils has been one of the label's most regular contributors, with the Dutchman's brand of functional, hook-driven techno a go-to weapon for Adam Beyer; from his stellar 'Shadowprint' EP in 2014, to last year's classy remix of Moby's 'Go'. One of The Netherland's hardest working ambassadors for techno, he is the organiser of the beloved Voltt Love Summer Festival that's has been a favourite of Beyer's for many years.

His latest work for Drumcode, 'Bells of the Revolution' continues his impeccable reputation for quality with everything he does, with four cuts all with their own distinct storyline. The title track is characterised by dark driving grooves and bubbling acid line that slowly evolves into a lush melodic riff. 'Ocean Drive' nose-dives into deeper techno territory, while maintaining a sense of exquisite tension throughout. 'Vocalized' follows, a stomping acid techno cut that slides into the deep courtesy of skilfully programmed vox and elegant licks of melody. The EP concludes with 'Retrodade', a track that's been one of the biggest in Beyer's sets in 2017 and features the famous vocal from Rozalla's 'Everybody's Free'. The sample was used with kind permission from the iconic '90s singer.

Bells of the Revolution