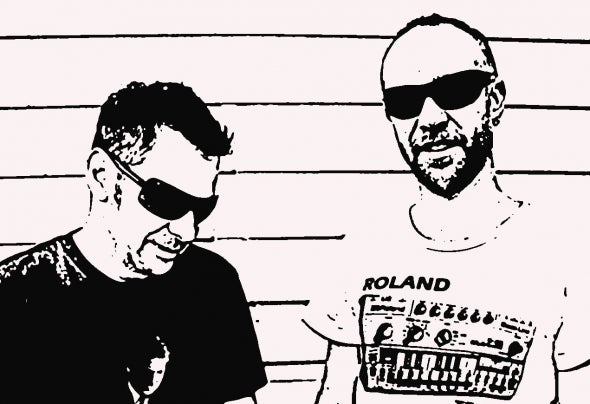 Meeting through mutual friends in late 2011, Richard Somerville and Craig Wilson started talking music and life. They quickly realised that they had a strong mutual love for a wide variety in musical tastes across the dance spectrum including a massive passion for Nu Disco and House. Never pigeonholing themselves to one style when making or playing music, the more they talked the more it became apparent that they had met their musical match. So of course the next natural step was to get in the studio together and see what came out of the newly found “pandora’s box” that is ‘Somerville & Wilson’.Within the first session in the studio the boys soon found that not only did they have similar tastes when producing, but an uncanny knack of producing together via something akin to osmosis.Blending a love of old skool vibes with modern textures and flavours, the boys new they were onto something special with their productions.After finishing 4 tracks and putting them up on their Soundcloud Page, they started to not only get props from around the world including the comment “powerful and evocative! Well done” about their track “Get Me Up” from Italian global stars “Ajello”, but also interest from labels started to appear. In May 2012 the boys signed to the UK label “Funk Me Recordings”.With 4 tracks “Get Me Up”, “50Watt Meg”, “Love Threshold” and "Soul Traffic", and 3 Remixes signed to “Funk Me Recordings”, 2012 started shaping up to be a big year for ‘Somerville & Wilson’.Great things just kept rolling on for the boys in 2012.And after sending some tracks to uber Italian Label “HELL YEAH Recordings”, which caught the ear of label boss Marco “PeeDoo” Gallerani, the boys were given the honour of remixing the Bergen classic “The Aspens Turning Gold” by Velferd, alongside Crimea X and Marco Dassi, which was released late 2012 to great acclaim from DJs and producers from around the world. They received praise for their remix from DJs such as Mighty Mouse, Severino Panzetta (Horse Meat Disco), Verdo and Kostya.In April Somerville & Wilson’s EP “Le Tropique & Folding Angels” was released on Italian Label “DWDK” (Danny Was A Drag King). The release received great props from artists such as Tensnake, Mighty Mouse, Q-Burns Abstract Message, Bottin, Luv Shack records Simon LeBon, Ettore Sorrentino to name a few.And to boot, they are the first Australians to have a release on “HELL YEAH Recordings” and “DWDK”.With a Podcast mix for Italian site Mischio Dischi Disco in the bag and more releases coming up on “HELLYEAH Recordings” and “Funk Me Recordings”, and a few more surprises, 2013 is indeed shaping up to be a rather large year for ‘Somerville & Wilson’.So keep your eyes and ears peeled folks on this Production/Dj duo from Australia!