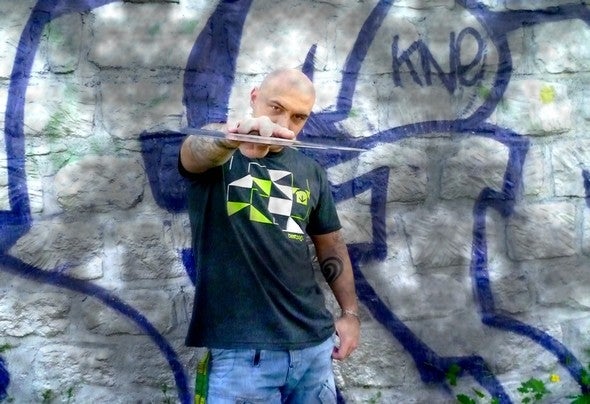 Born in 1981, Kevin-B is attracted from his yougest age by music electronic, frequenting numerous techno festivals in France and Europe, where his passion for the mix will born, before moving to house music & minimal techno in the 90's. Some performances in Parisian bars, like in the Mixer Bar, allow him to obtain a residence at Vinyl Paris (ex Scorp) from 2004 until 2007, where he had the oportunity to receive many Djs like :Antony Collins, Dider Sinclair, Da Fresh, Javi Bora, David Vendetta, Michael Kaiser, Dj Fex, Niko Spencer, Sam Karlson, Remi Vanetti, Freedy and many others. His status of Parisian's dj opened to him the doors of many clubs such as La Scala, Les Folies Pigalles, La Loco, Le Madeleine Plaza, Le Redlight, Le Saint, Le Pulp, le King Club. He is now resident of the famous after "Be Friends" at Rexy Club and occurs regularly at various clubs and bars in Paris. Kevin B, also signed his first production in 2009 on the label Dirty Deluxe which ranks quickly fourth on the charts minimal on Dj Tunes. Now he work whith the labels Dirty Deluxe (Canada),Unison Recordings (Espagne),Tronic B7 Records (Bresil),Momix Records (France) and 4 Square Music (France) on which he performs regularly new productions.