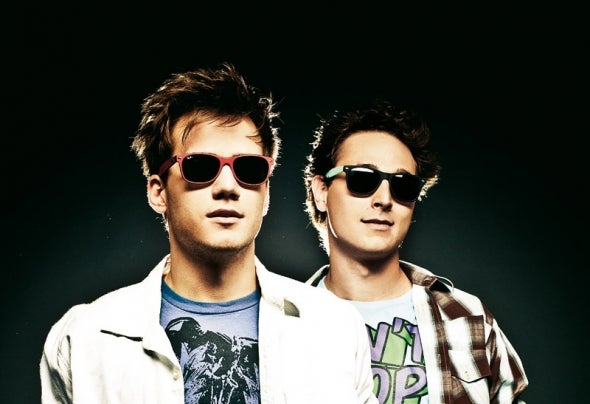 Success around the world, the duo Hands Up, composed by Ber Bush and Gutto Serta is a phenomenon in the current Brazilian electronic scene. The duo transits between various branches within the House Music, mixing beats and live percussion, and unpredictable sets resulting in a busy schedule and big shows, getting around 200 gigs per year.Residents of important nightclubs, such as Lique(Curitiba - Paraná), the duo began 2013 by signing with RCM/Cr2 Label, established by one of the biggest names in house music, Mr. Ron Carroll. They just released the new hit "Tell the World", which results from a partnership with Steven Quarre and Rhavi.Hands Up Live, which is part of Djcom casting, has performed at major festivals thru Brazil and it is worth noting the passage last year by Absolute Réveillon in Maceio - AL, which is now considered the largest New Year's Eve in the country.Also, they have played at huge festivals and weekends, such as Creamfields, Beach House, MOB and Winterplay. On television, they played at this reality show called “A Fazenda” (The Farm), from Rede Record, in 2010. Highlights are 8th place at ElectroMAG Magazine and 12th place at House Mag Magazine.