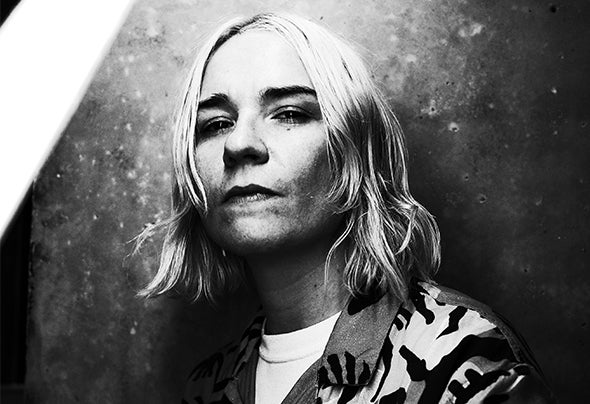 HAAi, aka Teneil Throssell, rose from the ashes of a disbanded psych band, where she was vocalist and guitar player and, inspired by a chance trip to Berghain, started DJing by digging into a wealth of music on the psychedelic spectrum from around the globe. Her Coconut Beats parties in Dalston led to shows on Rinse FM and Worldwide FM, and eventually to a prestigious residency at the London club Phonox where Throssell played Saturday nights for two years (up until autumn 2018), a rarity in the city's nightlife. This allowed her to gather a devoted audience for her selecting finesse and propulsive style. As her residency came to end, BBC Radio 1 broadcast her Essential Mix which went on to win the accolade of the Essential Mix of the Year. HAAi was then granted a monthly Radio 1 slot, which continues into 2020. The end of her residency at Phonox allowed HAAi to play shows and big festival stages all over the world, over the last year, HAAi has won over crowds at renowned events such as Sonar Festival and Glastonbury, been responsible for an incredibly memorable Boiler Room and found an ever-increasing fanbase internationally who have bought into her eclectic selections. HAAi's taste in music is unique and diverse, revelling in tracks full of intricate detail and character. Her sets are infused with heavy bass lines - from breaks to thumping techno - as well as all manner of percussive elements. A lover of heavy textures and extended, winding grooves her mixes bare the fingerprints of the psychedelic music that brought her to DJing; krautrock, African funk, Turkish and East Asian freakouts aide her in creating atmospheres of increasing intensity. The new EP, Systems Up, Windows Down, released on Mute, feels like an evolution from the previous releases on her own label. With a more mature, dancefloor focused sound, full of heavy basslines, breaks and crisp percussive electronics, she has experiment more and pushed the boundaries of her production.