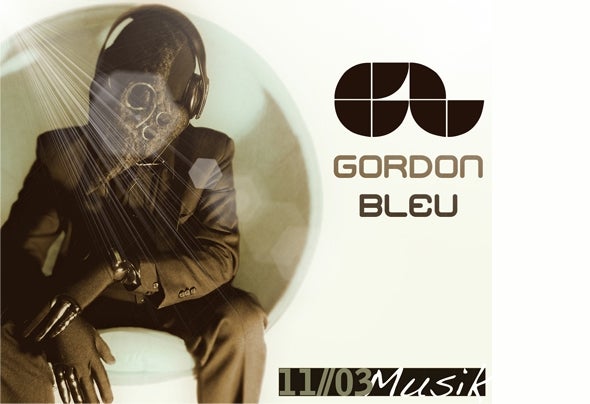 “Music is a reflection of the time, in which it was made” (Diana Ross). In 1998, Gordon Bleu began DJ’ing in bars and small clubs. The fee for the gigs Gordon used as his share for his first own studio, which he furnished along with two colleagues and friends. From that moment on, every spare minute was spent working on new tracks. Gordon was also always very active as a DJ - in addition to a lot of resident bookings, a tour throughout Germany and several guest appearances on radio shows, in 2001, he won his first DJ Contest. In 2002, the second Germany tour followed, at this point he was still known as Sash Bee in the largest and most well-known discotheques. In 2007, the Krefeld native moved to Bielefeld, where, with his own events “Housesounds Delux” and “GlamHouse Nights”, he filled the Bielefeld clubs with house music sounds until 2012. His own radio show “LXEar Radio” was on air at the same time. From then on, he was an integral part of the club scene. The music label Signal To Noize Records secured the rights to the first “Hartbeeat EP”, a project that he brought to life with a producer friend. More and more artists and bands requested Gordon’s creative, uniquely tuneful and varied remixes, among others James Stefano from the Netherlands, Ray Stress from Bielefeld, and many more. Soundtracks, for example, for Image Films for “HKult” or “TimoBlaschke.de – DAS Foto” are also part of tasks of the Progressive House & Deep House producer. After the remix for “MDR Sputniker am Morgen” came the booking for the mega event in East Germany, the Sputnik Spring Break. Gordon DJ’ed on the main stage in front of more than 17,000 visitors, among them top names, such as Deichkind, Mia, Fritz Kalkbrenner, Moonbootika or Timo Maas - without doubt one of THE (!) highlights of 2012. After winning two remix contests, he has finally found his place in the world of music. In 2013, the Berlin label 1103Musik released three songs from the début album “Gordon Bleu - Adrenalin”, which will also be released this year. His mix sets “Meine ganz persönliche Note” (“My totally personal sound”) have recently earned him a huge number of clicks on portals, such as Soundcloud and on his own homepage, and are played throughout the world. Radio guest plays, interviews, requests for remixes and in the meantime bookings all over Europe are now part of Gordon Bleu’s daily life. A product designer is currently working on the Gordon Bleu Tour outfit, which will reflect the Bleu logo - the raven. With his colleague, Jack De Novo, he covers at the same time the Techhouse sector, ensuring that, in the meantime, many record labels are courting the 33-year old. After a long experimental period, Gordon has finally found his unmistakeable style; melodic elements rounded off with melancholy interludes, to thumping beats - something for EVERYONE, as confirmed by his followers. We are excited about what G ordon Bleu will present us musically, as no one song is like the previous one and each time he serves up a new huge surprise.