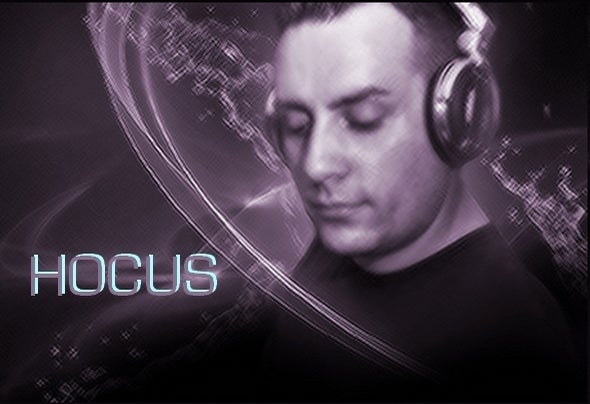 Zsolt Kulcsar aka Hocus was born in 1979 at Szolnok (Hungary). He started his music career when he was 8 years old. His father wanted him to learn the violin but he wanted to play on piano instead and he kept studying that for more than 15 years. Beside that he did some studies on drums and guitar. He had his first band back in 1993 where played piano and beside that he was the engineer as well, and he loved to do that. Because of that he decided to get experience as a Dj. While he did that he kept playing in the band till 97. In 97 he quit playing in the band and beside of studying in school he kept playing as a Dj in so many styles from funky, euro-dance, rave, HC, house. Then in 2003 he found his style of music that's the techno. This year he was the resident Dj of the University of Szolnok nights. Besides of Djing he wanted to make tunes and in 2006 he had his first tune that was called“ Take this out”. The track wasn't released butit was supported by so many Djs and radios. After that track he had so many more but also unreleased (Don't let me down , Funk disco, I can't feel no better). He was resident Dj in so many clubs until 2009 When he finished school he had more time to make tunes. At the end of the year he came out with the ”Yellow Sky” and “Mano world“ tracks witch was released in 2010 by CLS Digital Recordings. After that the “Ret urn t o t he night “....The EP will be released very soon, and it will be available to buy in all the download stores like Beatport, Audiojelly and Juno.The producer work and Dj work of Hocus is really different. As a producer he always try to find a balance between the smooth and the hard self of him but as a Dj in his sets he always goes for the crystal clean dynamic sounds with lots of fxs and drastic turnouts and transforms. Hocus is an underground Dj and producer and he doesn't want him self to be condemned besides any style .