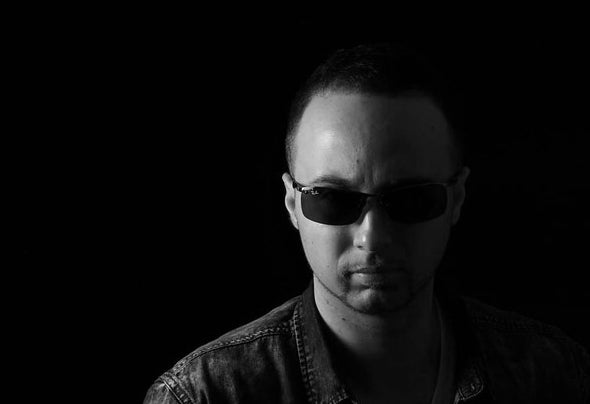 New York City Native, Gozzi, a Two Time Remix Award Winner during Miami Music Week.  Awarded for Remix of the Year (Radio Airplay) for “High Hopes” by Panic! At the Disco. Gozzi is an award winning producer, DJ and remixer and versatile percussionist and all around Musician. Regarded as a dynamic musical entrepreneur, he has worked with some of the industry’s most innovative artists and producers. Gozzi’s love for music began to develop from the early age of 6, when he received his first drum set. According to Gozzi, “my drum instructors always pushed me to do better and helped me realize my potential was greater than I believed.” A graduate of the prestigious Frank Sinatra School of the Arts, Gozzi furthered his education by receiving a bachelor’s degree in music from Five Towns College in New York. From performing in various bands to operating as a professional audio engineer, his unique ear for sound and musicality eventually led him to DJ’ing at some of the hottest nightclubs across the United States. Recordings aren’t the only tools Gozzi uses while spinning, as he also incorporates drumming and percussion to enhance the overall experience for his audiences.  As a remixer for various Major labels & Independent Major Singers & Producers, one of Gozzi‘s remixes “High Hopes” by Panic! At The Disco was full rotation on 103.5 FM WKTU NYC and was iHeart Radio’s most played remix nationwide in 2018 into 2019. Not to mention full rotation on Pitbull’s Globalization (Sirius/XM). Many of his well-known achievements include “Car Radio” by Twenty One Pilots (the official remix used by the act on their live Japan tour), “Ciao Adios” by Anne Marie, “Nothing to Lose” by Vassy and “Never Be The Same” by Camila Cabello, which stayed at #1 for four weeks in a row as the most played remix in North America. He has also worked, constantly, with new and familiar artists/producers on his continuously growing resume, including K-Pop artist Jackson Wang, legendary Trance female Vocalist/DJ, JES, Mainstream Singer & Artist, Austin Mahone, and one of the most listened to Producers & DJs, Diplo, and his group Major Lazer, to name a few. Gozzi’s original single, “Say it Loud,” was the 2017 theme song for the American Cancer Society’s Breast Cancer Walk across NYC, and his original tracks, “Beyond Gravity” & “Aho”, which were songwritten, produced and mastered by Gozzi & New Ordinance, were and are continued to be supported on the biggest radio stations/podcasts in the globe, including the infamous “A State Of Trance” by legendary DJ/Producer Armin Van Buuren, and on two “Pure Trance” Compilations in a row mixed by Prog House/Prog Trance legend, Rich Solarstone. Gozzi is also a credited producer and editor for Crooklyn Clan, one of the largest DJ music sources in the world, providing the newest and exclusive up-to-date music, mashups, remixes & edits in the Global DJ market.  Gozzi also works alongside legendary and National Radio Hall of Famer, Sean “Hollywood” Hamilton, on the Remix Top 30 Countdown. Gozzi is one of only 12 resident DJs on over 150 radio stations heard every weekend on the Premiere Radio Network. As well as garnering radio mix show credentials from both past & present, Gozzi has performed on many different stations/podcast streams, that include Long Island’s WPTY Party 105.3 FM, California’s own KRYC-LP Rhythm 105.9 FM, Miami’s Hit Music Station Y100, West Palm Beach’s Power 107.4 FM, Chicago’s Dance Factory, Mix93FM, Miami Mike Radio, Vizion Mixshow, Dash Radio & many more. Gozzi has also achieved his own weekly podcast mixshow, infamously known as, “The Blast Mix”, compiled with the hottest Top 40/Mainstream/EDM music, and featuring the globes most talented Artists & Remixers/Editors that Gozzi showcases on his show.  Throughout his hard work and dedication towards his career, Gozzi’s acknowledgement in the music industry has achieved him award winning nominations, for ‘Best Syndicated Mixshow DJ’ & ‘Best Remixer’ on one of the biggest musical promotions labels, the Promo Only Summer Sessions 2018 and nominated & won in 2019’s “Remix Awards”, led by the Remix Top 30 & Digital Music Pool, for ‘Rising Remix Producer of the Year’, ‘Remix of the Year – Radio Airplay’ for several remixes and ‘Best Mixshow DJ’. Devoted to his family, music, and fans, GOZZI continues to pin the map with music that continues to captivate audiences worldwide.