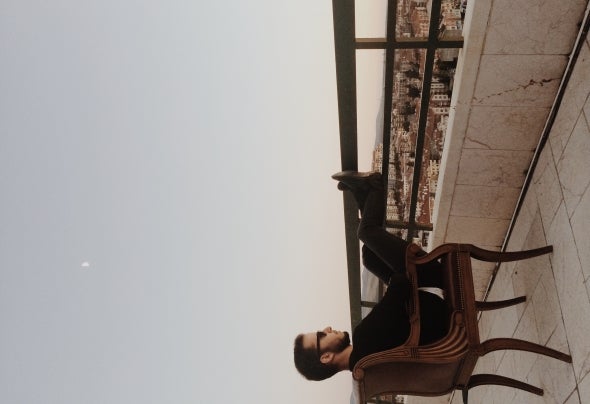 The 90's generation had no problem in squeezing themselves in the electronic music circle, and Arman Aydin is among the lucky ones that made a particular impact in the arena. Making a respected name for himself in his hometown Ankara's dance music scene at a very young age, it was no surprise that he would be dubbed as one of the finest young talents of Turkey's EDM circle.As a product of the late 90's, Arman Aydin was actually born into the electronic music culture. Extracting even the smallest bits of inspiration from artists such as Tiesto, Armin van Buuren, DJ Spiller, Fred Baker, Solarstone, Paul van Dyk and Paul Oakenfold, he became a trance-head before hitting his 10th age.As a person who settles with nothing but the best; his quest on finding the perfect music turned out to be an unquenchable thirst. With the rapid change in the digital world; Arman found himself in internet forums, interacting with DJs and producers all across the globe. This broadened his knowledge in music and prevented him from sticking to one genre; which made him an "electronic music guru" according to his peers.In 2010,Arman decided to hop on to the industrial side of the wagon. He started producing bootlegs and mash-ups, which were highly appreciated by the EDM world. With this motivation, he focused on producing his own tracks. In 2013, Arman signed his debut single "Shiga" on Blue Soho Recordings, which brought him support from Armin van Buuren & Ferry Corsten. Later on the same year, he released another banger "Brigantia", collaborating with the French superstar Alexandre Bergheau and gained support from Markus Schulz. He also performed in many club gigs within the year.Arman Aydin is currently working on new tracks/remixes as well as his live performances.His hybrid taste in music includes acts such as;Armin van Buuren, Tiesto, Eric Prydz, 16 Bit Lolitas, Faruk Sabanci, Mark Otten, Mat Z o, Matt Lange, Matthew Dekay, Carl B, Airwave, Porter Robinson, Stumbleine, Funabashi, Above & Beyond, BT, Owsey, Kaiori Breathe, Sigur Ros, Way Out West, Moonbeam, Alexandre Bergheau, Antony Waldhorn, Eternal Tears of Sorrow, Madeon, Daft Punk, Moska, Paul Oakenfold, Kansai, Super8 & Tab, PROFF, Arksun, Alucard, Röyksopp, Opeth, JPL, Phaeleh and many more.