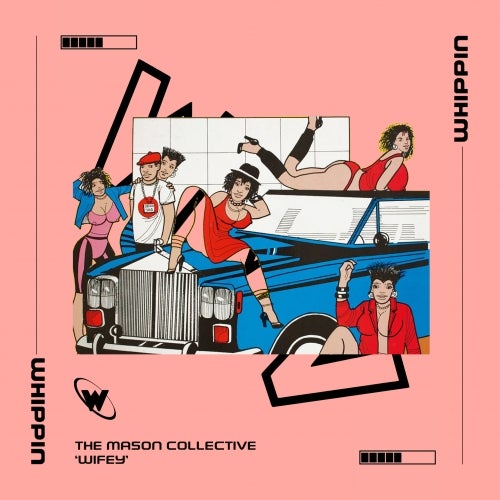 Manchester-based DJ and production trio, Mason Collective have delivered the release of their 2 track EP, Wifey, the first on their new label WOGGA. The EP, which features ‘Appleton’ and lead track ‘Wifey’, has already been garnering support from a wealth of the scene’s biggest names, including Jamie Jones, The Martinez Bros, and Loco Dice. Led by the group’s slick rolling loops and tribal influences, ‘Wifey’ is a tech-house anthem primed for dancefloors worldwide, with the Latin-inspired ‘Appleton’ demonstrating Mason Collective’s dynamic diversity, and powerful production prowess. Having recently remixed Detroit legend MK’s summer smash ‘Back & Forth’, Mason Collective continue their meteoric rise, releasing on esteemed labels such as Jamie Jones’ Hotrax and Solardo’s ‘Sola’. Named as Rinse FM residents last month, they also collaborated with influential Manchester fashion brand GRAMM on a football shirt inspired collection which sold out in just 1 week. Acting as the faces of a nationwide campaign launched by FootAsylum for the new Adidas Yung 96 trainer, the trio were in attendance at the FootAsylum X Adidas party at Brickworks in Manchester on 13th December, with the fitting finale to a sensational year streamed live on Mixmag. The event followed a massive 2018 for the boys, who made their Ibiza debut with a set at Privilege. The group also performed at Creamfields, Hideout, Parklife and Lost and Found, garnering a widespread fanbase as a result of their blistering performances. Headed by Blair Suarez, Adam ‘Mase Milo’ Myles and Omar Guedar, the Manchester DJ and production trio have developed their own signature brand of high tempo, high energy grooves and drawn strong attention in the underground music scene with their explosive DJ sets. Since their inaugural release ‘Whippin’ on Wow Recordings, the guys have been tipped heavily in the dance scene, topping Beatport’s overall chart and gaining support from Patrick Topping along the way. With their unique sound and signature style, the Manchester trio have rapidly grown into an established dance music force, playing and hosting festival stages and events all across the UK. Wifey is set for release on 8th February.