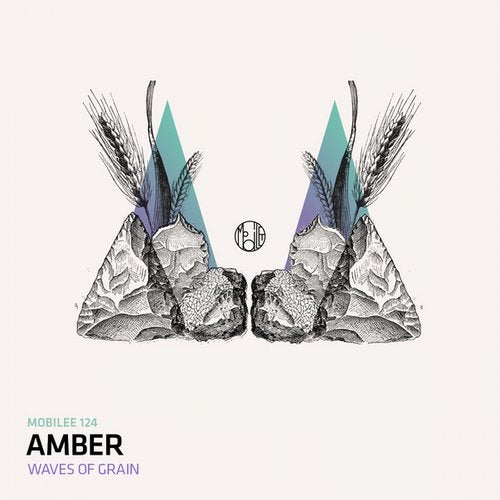 Kevin McHugh aka Ambivalent officially launches his new Amber project with 'Wave of Grain', his debut EP for Mobilee Records. Beginning life as a part a one-off collaboration Jake & Amber on Minus - which resulted in This Is Mine, perhaps the most house track the label ever released - Amber captures the lighter side of McHugh's sound, which shone through in his Ambivalent work, notably via the mischievous vocals of Down or the disco groove of his Plus 8 EP Jackson. Having spent his career to date as part of the Minus collective, Amber marks the starts of a new phase in McHugh's career - no longer obligated to confine his sound to within a very specific label aesthetic, the New York via Berlin producer now enjoys the freedom to take his sound into new area, with Amber representing the house end of the various projects he now has in motion, while his main Ambivalent guise has already begun to widen its scope, with appearances on Turbo, Cocoon, Ovum and Soma in the past couple of years. Tasked with finding a home for the new Amber sound, Anja Schneider's Mobilee label was the perfect fit for Waves of Grain's combination of fleet-footed house and darker techno undercurrents, and so it proved upon the huge reception for the track's test plays in recent Schneider sets. The A2, Space Album, makes the distinction of the Amber project from McHugh's previous work even more explicit, with a rubbery synth melody and swinging beat putting the funkier elements of his sound front & centre. The vinyl edition of the EP packages the two tracks with a remix from Hobo, which takes the low-slung style of the original and pumps it up into an unashamedly big room house track that's sure to appeal to anyone who went crazy for Hobo's 2013 summer anthem Incise. The digital edition, out a week after the vinyl, comes with its own exclusive in the shape of The Story, a melancholic counterpoint to the EP's title track, with its dueling male and female vocal samples supplementing a disarmingly light melody underpinned by a stealthy pulsing rhythm.