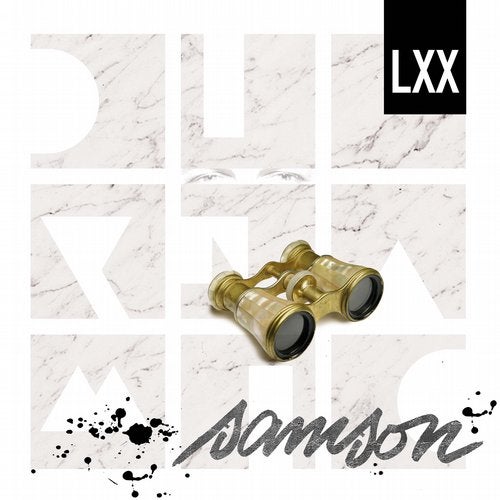 After an incredible year that saw him reinvigorate Pacha with his clever Solumun + 1 concept, hold down a second great residency at Sankeys Ibiza and tour Down Under as well as hold label showcases around Europe, Diynamic boss Solomun is back with a fantastic new two track EP, Samson.

It follows on from hugely successful reworks of The Foals and Audion & Tiga, continues in the Croats tradition of big hitting club tracks and is sure to be heard on dancefloors everywhere as the sun starts to come out across Europe.

First track Medea is deep trippy peaktime monster with twist of house and techno. The rubbery, bobbling bassline underpins slick percussion, rolling claps and sweeps of dramatic white noise that really elevates you to another level. A bittersweet melody is dirty and tumultuous and comes in stabs and skewed slurs and will truly send hands in the air.

Samson is a slower and deeper cut layered up with plenty of serene and widescreen pads. The main melody jumps up and down the scale in dazzling disco style as minor chords and subtle strings bring a sadness to the track. The epic breakdown is what really stands this track apart though, and when it kicks again you can really see dancefloors going off.

A teary eyed and super emotive strings only version complete with choral singing is also included and rounds out what is sure to be one of Solomun and Diynamics biggest releases yet.