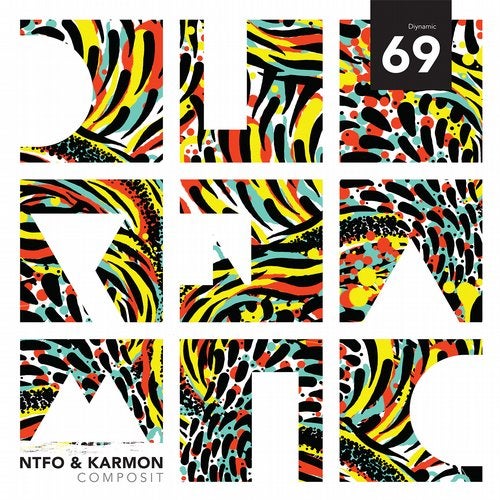 For their next release, the Diynamic label turns to a collaborative partnership that has had plenty of success before now, namely NTFO & Karmon. Previously their Nobody Else tune for the label was a huge release and here they team up for a pair of brand new singles that are sure to soundtrack dancefloors for many months to come. The EP is the result of 5 days in the studio together and the resulting music is fresh, deep and arresting.

Both artists have appeared on the label before now, with the NTFO duo hailing from Romania and Karmon being from the Netherlands. In cahoots the three producers really bring out the best in each other as evidenced by the refreshing sounds included here.

First up is Metropolis, which is a deep and sublime bit of house music. A wavy groove is fleshed out with odd synth sounds and a killer bobbling bassline. Its tech house but with plenty of musicality at its core as well as deftly shifting percussive patterns and expertly produced drum fills. Always evolving and drawing you ever more in to its heart, its an underground anthem in the making.

The other track is the nerve tingling, big dropping Composit (ie materials made from two or more constituent materials, such as this collaborative partnership). This one is bigger and bolder than the other track and is more suited to the main room as a result. It takes time to get there, though, thanks to a sensuous and lush build up of washing chords and dumpy kick drums. When it does break you are fully swept along for the ride and cant imagine anywhere else youd rather be.

These two singles confirm once again that not only is Diynamic the greatest when it comes to unearthing great music, but so too that they work with the most exciting artists in the game.