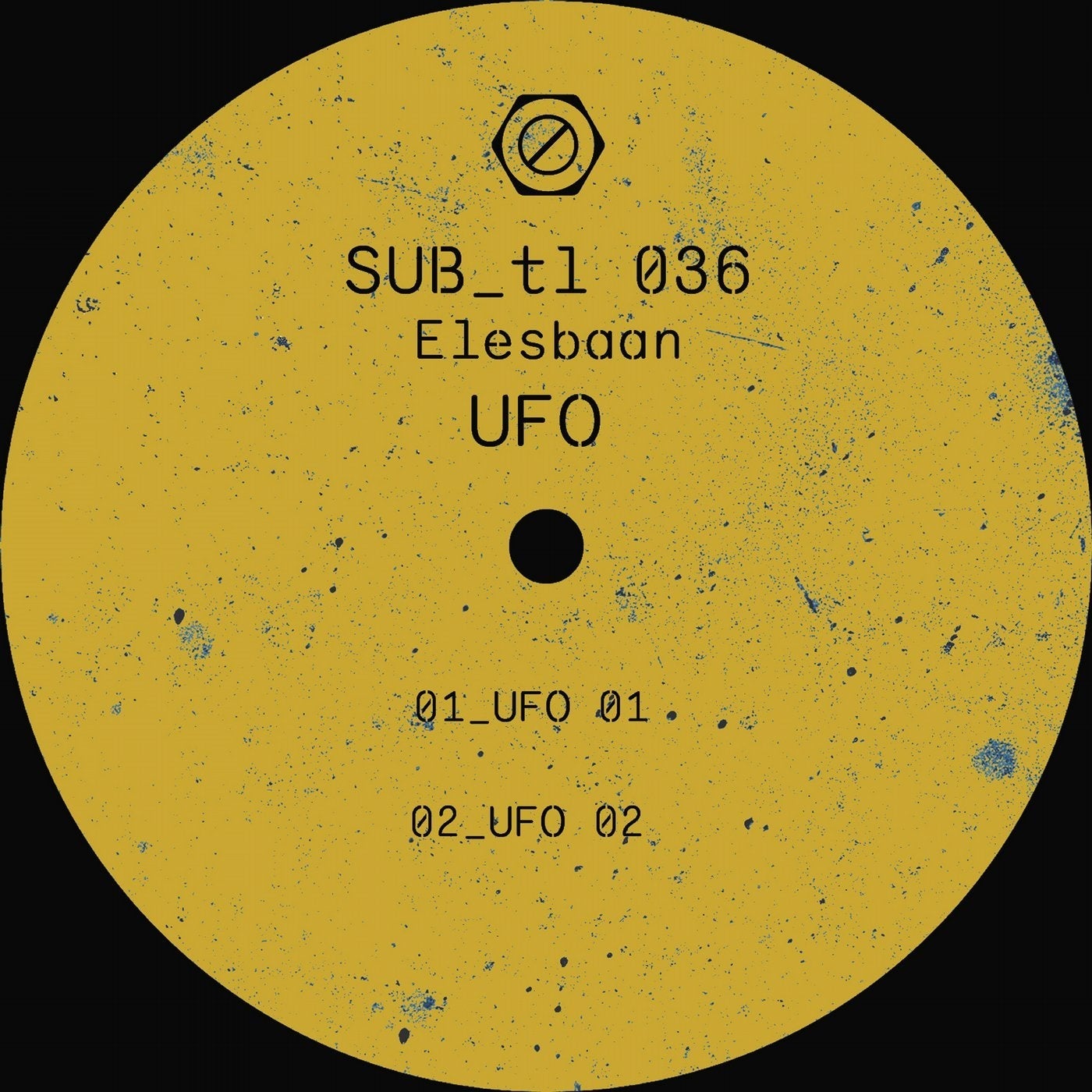 This release number 036 by spanish veteran Elesbaan has a nice story behind the scenes, these two cuts are not new at all. Both were made long ago, in 1996 and were released in a seminal spanish label called Rythm of Time. One of the engineers in this recording and is no more with us: Pitu, may this music goes to you somehow. The rest is history. Musically speaking, this a completely surprising record, assimetry, echoes, mad sound processing, weird structures, dub influences ...all made on old analogue equipment, when computers were used just for videogames. UFO 01 is an orgy of flanged drums over a solid bass drum, with 808 hats setting the pace and weird stereo processing with old tape units. UFO 02 rises from deep down with heavy subbass action, sharp hi frequency shakers setting the mood until more cavernous noises and drones come from behind, the groove relies behind, no kick until a few minutes late ...a massive tool to remove any coherent sound system.