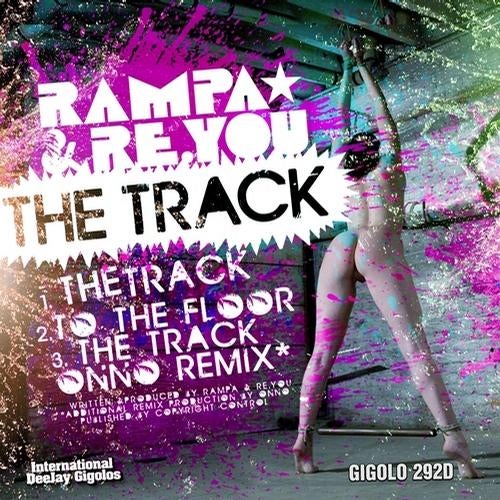 Gigolo is thrilled to unveil "The Track", a definitively titled statement from Rampa & Re.You, made with a secret recipe set to sizzle, shuffle and stomp on a dancefloor near you. Since these two producers joined forces a couple years back, they've had a rich output of singles, creating immaculately produced tracks that still manage to retain an uncommon gritty personality. Their cuts are heard constantly in clubs around the world, whether in the sets of cutting-edge DJs or in the German duo's own live sets (most recently at Watergate, Berlin and this year's Sonar Festival). Aside from their work for Keinemusik (the label co-founded by Rampa) and Tiefschwarz's Souvenir label, they've maintained a strong relationship with Gigolo, starting with their 2011 single "Feet" and Rampa's fantastic remix for Hrdvsion.Now, Rampa & Re.You return with "The Track", hand-crafted with a hearty bounce, then battered and deep-friend with crispy house beats. The real hook, though, is the insistent vocal chant that loops and layers upon itself like a deconstructed ode to hip-house, providing an anchor for the playful percussion to gallop around. Then, "To the Floor" continues with a similar sound palette, but with a groove influenced more by 80s electro, spattering haphazard beats in all directions with a mind-melting breakdown that drags the BPM down into the gutter. Finally, to round out the EP, Amsterdam's ONNO (of Upon.You Records) offers a schizoid, dubbed out remix of "The Track" that aims to pull all your multiple personalities onto the dancefloor.https://www.facebook.com/InternationalDeeJayGigoloshttp://soundcloud.com/gigolorecordshttps://www.facebook.com/rampareyou