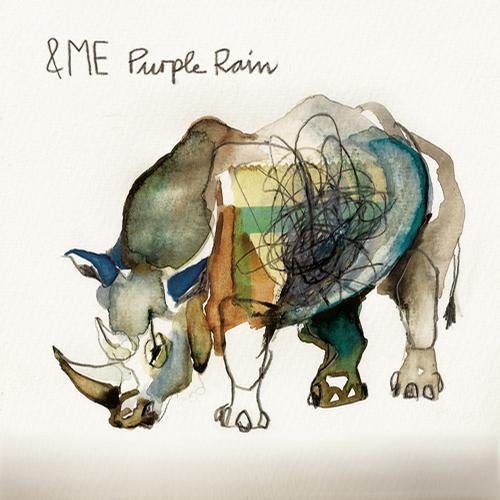 One could say, &ME is following quite big footsteps when naming the A1 on his new keinemusik-release Purple Rain. On the other hand: Princes shoe size might measure a decent 4,5. Thats not even big enough to collect the plaster that will crumble from the ceiling after igniting this very floor epiphany. With this tune, &ME is following the path of reduction and straightness, he already opened with his preceding releases. Well find explicitness in its lyrics, claps as gratifying as in an enduring spanking session and a carpet of white noise that could be modeled after the addressed rain shower or maybe even after a smearing broom, thats clearing the traces of sweat and the juice of arousal Purple Rain most definitely will leave on the dancefloor.With Glaced on the flipside, &ME is taking three minutes to build it up spectacularly, just to change plans abruptly and throw it into another, quite unexpected direction. The then occurring and ongoing bassminiature wont leave your head for some time to follow, thats for sure. Let alone your legs.