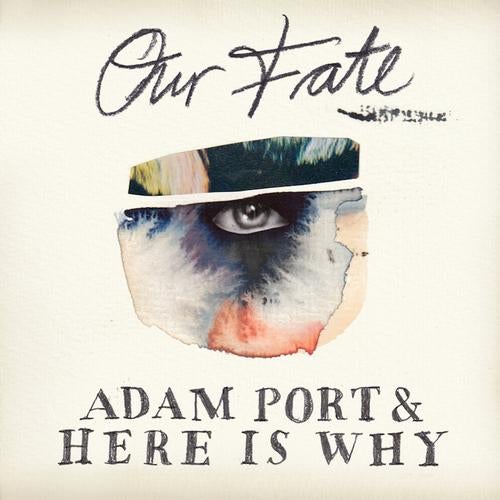 As you might remember, the last keinemusik release has already seen some significant vocal support from friendly countries. Its been a modus operandi, Adam Port is extending quite a bit on his kM018 edition. The friendly country being Leipzig for that matter and input coming courtesy of Here Is Why, the synthy Wave-Pop-moniker of Good Guy Mikesh. It is in fact an almost inevitable cooperation. There have been quite a few partynights, where crossfaders were shared and the Here Is Why sound has been celebrated within the keinemusik camp since day one. On A1 youll find the clubversion of Here Is Whys new single Our Fate in an unmistakable Port-ish condition. The beat stoicallymarching, escalating into a loop-excess, taking in some of the dirt that made Ports last tune Black Noise such an irresistible weapon.The lusciously chopped bassline is aiming in but one direction (the floor), the vocalpart evolves from craving in the background to fullbloom within the break, until some field recordings and percussive ornaments throw your feet back into this fateful goose-step. Abanger, again. The flipside consists of the original and the bonustrack Tonight. It is Here Is Whys first single-release since their highlyrecommended full length debut HRSY. At the same time, its their first works coming to life in full on band-mode. Our Fate is classicHere Is Why-material factoring in catching and heartwarming vocalhooks, gently orchestrated synth-tension and all those knowing80ies hints. Tonight comes along in a way more spaced out mood, riding a wave, that might surge somewhere within the Atlantic andthen pour out whether into the black nothing of the Galaxy or a subtly scored dancefloor.