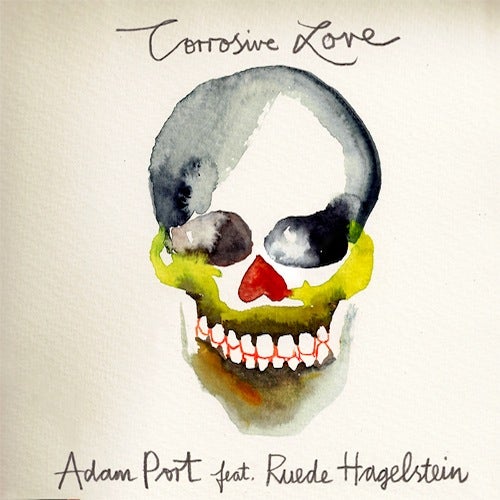 Adam Ports last release on Keinemusik was going under the name Chemistry. Now with this new one, it seems hes revealing some sort of contentual paradigm or at least an ongoing partiality for the chemical process, as its called Corrosive Love. And it shows, although on a different scale. When there is a love being corrosive, it is the one for classic Acid-sounds that never before found their way on a Port-release as accentuated as in here. Still, this piece is not just a trivial nostalgic tryout, it is more of a reworking of influences being modelled into Ports modern, yet reserved trademark-sound you would recognize instantly. The track is growing subtly, in its build-up, but also when it comes to choosing its layout. Speaking of it, the most distinct element for that matter are most definitely the vocals sung by fellow producer Ruede Hagelstein. Without a doubt, the chilled approach to Soulmusic, he is carrying in his voice, makes them an exceptionally fitting leitmotif. Youll find Port letting the repetitive patterns grow from second to second, being accompanied by his variation of an acid line. He is pushing expectations and floor-hysteria to the edge of immensity within its break, but still avoids an all too explicit and simple peak. Chances are, this is his most characteristic piece of work to date. The Alex Dolby & Santos-remix on B1 is aiming more for the straightness potential as for the reflective moments. Still, the vocals are in the centre of attention, as they are too strong and concise to be anything less. The variation can rather be found in the percussive layout of the track. One motive, two congenial approaches one more than worthy KM009.