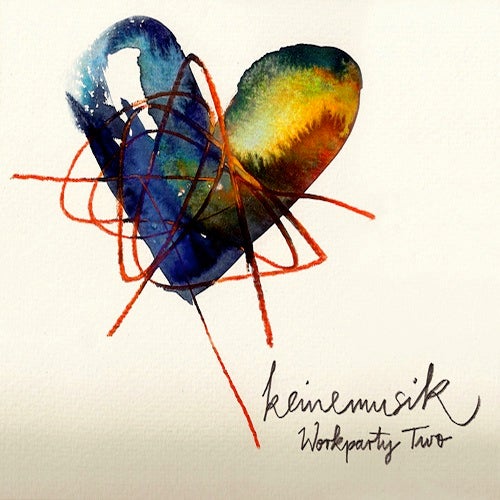 Not unlike the first chapter, Workparty 2 mirrors the status quo within the Keinemusik camp. Featuring Rampa, &ME, David Mayer and Adam Port, it covers all of the crews producing stakeholders, starting off with Adam Ports 86.A track that slowly blows itself up, letting a jolly bassline shimmer in the background, plucking its way through to imply distant memories of Ports classic track "Boogie Bass". However, "86" takes one step further. With its catchy saxophone samples, a swinging vibe and its irresistible build-up it peers towards peaktime much more than Ports 12inch debut.Following up on 02, Rampa lights up some kind of afterburner to his last and ever startling Keinemusik-single "Work". "Meggys Desire" develops itself in a surprisingly minimalistic manner, galloping along in reduced beatpatterns and heading towards a soulful vocal part, which is ought to open up every one's heart. With the whole thing being rounded off with emotive piano-arrangements, it will sure make its way into those setlists that prefer class to the all too trivial.The opening of the flipside belongs to David Mayer and another one of his compelling techfunk-monuments. Naming this one Blank Sheets is nothing but an understatement, as its not blank at all. It actually carries the gloomiest groove we have heard in a while. Whilst his earlier works were breathing a rather subcooled machine room atmosphere, this piece is definitely his hottest iron so far.As soon as the challenging punch of his first bars appear at the beginning of 04, one could assume, &ME made an arrangement with his B-side partner. "Empire State" also emits a somber, technoid vibe, and its frantic pulse leaves no one cold. In difference to his catchy arranged Keinemusik Milestones "F.I.R." and "One Day", &ME takes on the mantra of the essential groove. In its break, however, he will spank the whole floor's booty with his whole heart and some drumrolls.