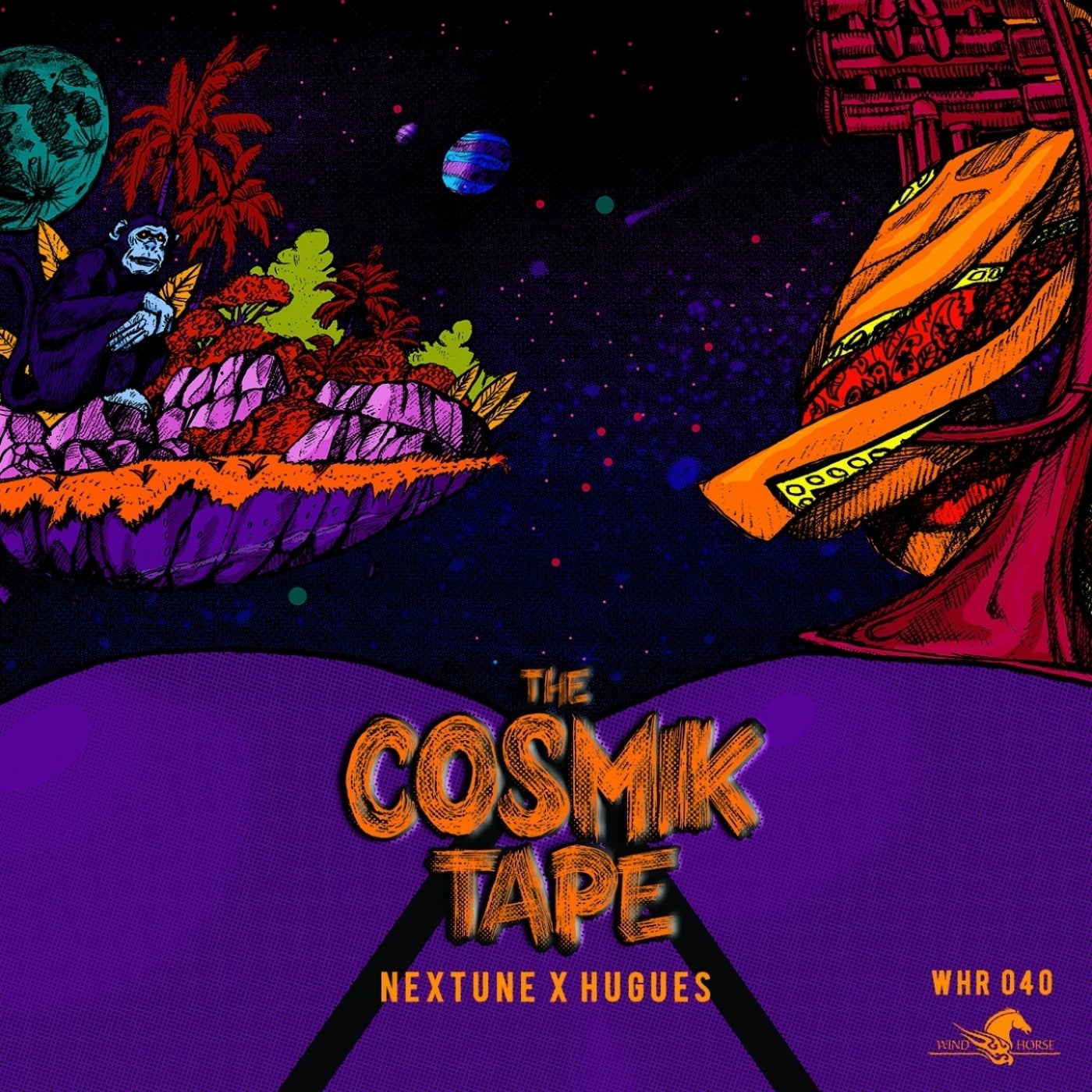 Wind Horse lines up its next full-length release offering with the LP 'Cosmik Tapes' from the eclectic French trio Nextune X Hugues. The project is the Brainchild of Ken Linh Doky (on piano) and Thibault Gatinel (on drums) who collaborates with Hugues Morisset, a talented trumpeter who shares the same artistic vision as the former duo. Together the Parisian tastemakers land a laid-back, juicy, jazz inspired album that's their interpretation of the intergalactic unknown which is simply outstanding.

The album's opening track is aptly titled 'Cosmic Voyage' and is a warm, slow-dub groover that oozes class, panache and Cuban cigars. The Organically crafted percussions from Thibault and subtle keys from Ken are complemented by trumpet stabs and solos that seduce and awe at the same time. This is quickly followed by the track - 'Journey through Cosmic Matter' which is just as spaced out as the name suggests. Neptune's ability to weave simple melancholic emotive atmospheres using church organs and pianos is incredible. As the tune meanders, time slows to a pace that the music dictates as you deep dive into an aural haze.

The fearless trio exhibit their experimental affinities with their next number 'Up's and Down's' that's peppered with chords from Ken's dabbles on the piano. Hugues wades in with beautifully construed harmonies that vibe amazingly well with each other. The fourth tune on the album is called 'Alien Highway' and is definitely something Elon musk should consider putting on his future space flights! The track begins with an intelligently crafted pad that's reminiscent of the sound we all heard as kids in most sci-fi movies and cartoons. Thibault's groovadelic rhythms are laid against hazy, smoky atmospheres and glorious notes from Hugues that make this one blubber with an eerily sultry vibe.

We switch planets with 'Summer on Nibiru', the next jam from the talented trio that's peppered with influences from reggae, deep house and hip-hop, this one is definitely going to get a few plays on your car radio. Ken's brilliance on the Piano cannot be understated as we return home to the next track on the LP, titled simply "Return to Planet Earth". His piano lead, is accompanied by simple but effective beats, euphoric vocals and entrancing melodies that sway your senses.

The albums first deep-house offering 'Spaceship Nostalgia' is a musical masterpiece that marries each individual's unique musical ideas and sense of flow impressively. The track ebbs and flows, changes tempo and leaves you a smile on your face!

'Floating Islands', the penultimate tune on the offering has a tinge of vintage to it. Soulful keys, organic percussions and luscious textures make this a must have in the bag of any DJ, especially those who love turning it down at the afterhours. Finally, the albums end with a chicago esque jam that's bound to be instantly liked. Catchy and decidedly funky 'The Stardust Nightclub' rounds out an extremely impeccably produced album from the French mavericks.
A brilliant debut release that the Wind Horse family is proud to have the opportunity to release.
Cosmik tapes also would not have been possible without the support of their sound engineer, Bastian Pervoto and visual artist Tokio Aoyama.