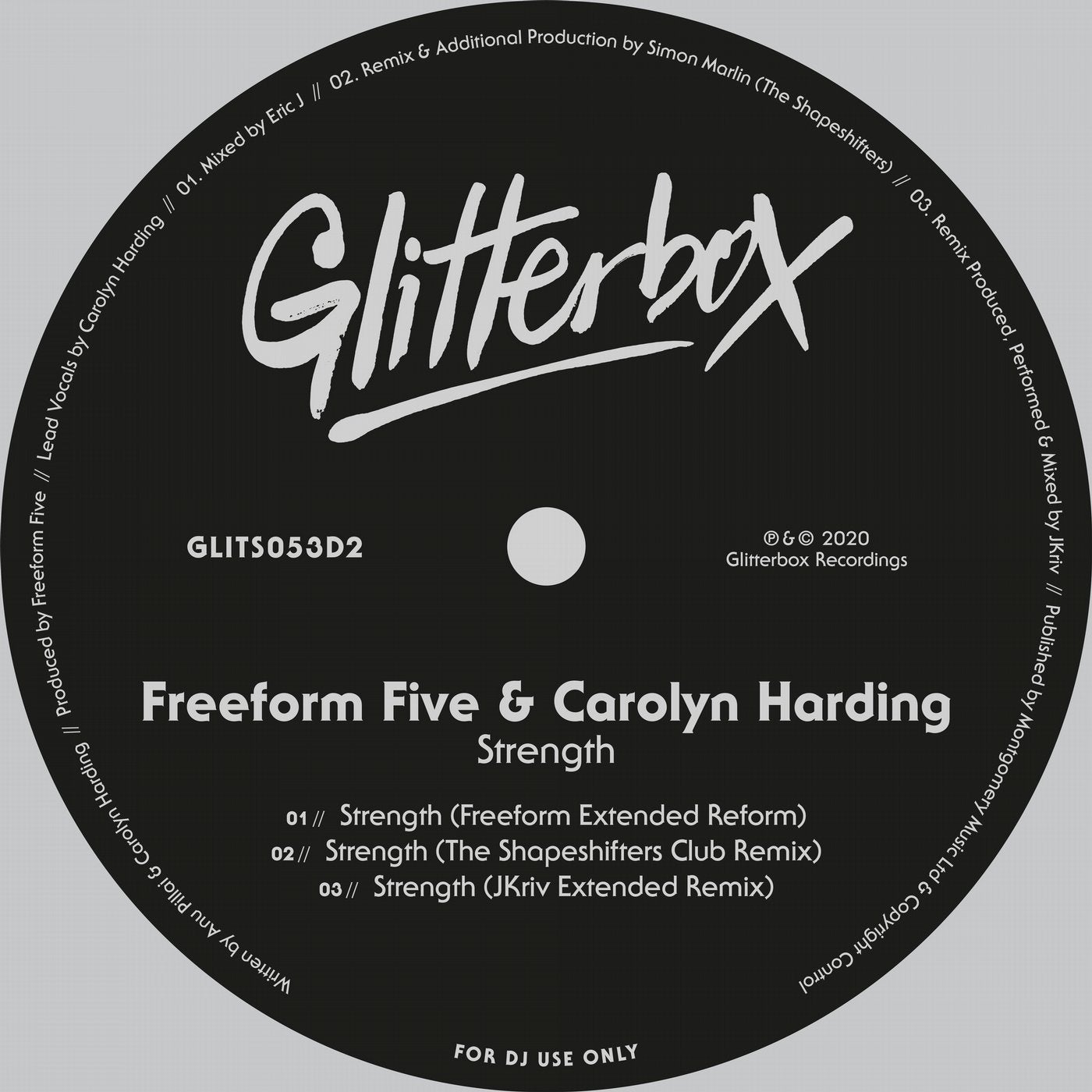 A stone-cold classic from the Yellow Productions catalogue, Freeform Five, aka Anu Pillai, revisits his 2003 project with NYC vocalist Carolyn Harding, refreshing their collaborative release 'Strength' for 2020. This new package features Anu's new Freeform Reform, a cut that mesmerizes with ethereal strings and lush instrumentation as well as remixes by two of the Glitterbox Camp. Up first, The Shapeshifters brings his signature funk-laden grooves, before Razor N Tape founder JKriv delivers his signature NYC sounds in his remix, perfectly complimenting Carolyn Harding's spellbinding vocal. With each mix containing the signature melodies of the original, Freeform Five and this team of musicians and remixers make this a release destined for Glitterbox dancefloors and beyond.