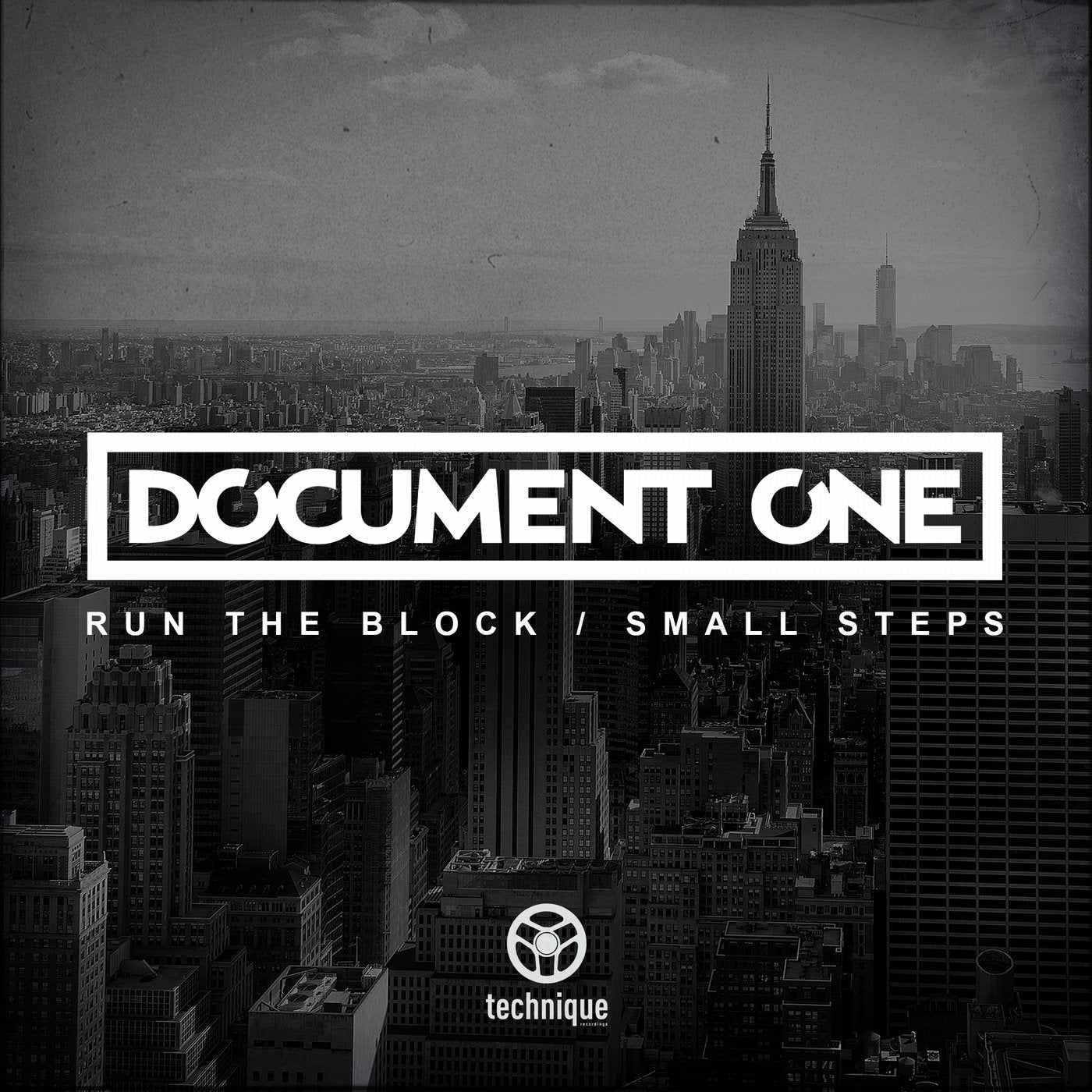 It hasn't taken long for Document One to define their own niche among the Technique Recordings roster. Brimming with multi-genre experience, this team has come well-equipped with a fresh and clean production style, overt musicality and uncompromising levels of funk. Run the Block takes the tough but smoky sound that Document One has made their own and adds a layer of East Coast hip-hop flavour. The rap-along vocal, that trademark upright and synthetic bass fusion, the popping drums and live-instrument arrangement combine to give this tune jazzfunk energy in abundance. Then Small Steps flips the script, darkening things up in a way you might not be expecting from these guys. The intro is the sound of approaching menace, as military drums and an eerie dialogue sample ratched up the tension. Then the drop is all about those twisted tendrils of bass, snaking around techstep drums and ghost-in-the-machine stabs. This is what happens when musicality meets aggression on a hell-bent mission to mash up the rave. So, this release proves that Document One have a love and talent for all sides of this music. As their track titles declare, they Run the Block in the funk neighbourhood and they're making Small Steps into the shadowy technoid realm. Now they've shown they can kill the dance in both, it's clear the Document One operation doesn't believe in boundaries.